More Institutions May Invest $600B Into Bitcoin – JPMorgan Estimates

The biggest US bank, JPMorgan Chase, is convinced that bitcoin has got the attention of institutional investors which might result in more bitcoin purchases. This bank has estimated that a staggering $600 billion might potentially flow into the bitcoin market. The money is expected to come from insurance companies, pension funds, and other big investors. Their investments will come following the lead of MassMutual.

JPMorgan’s opinion is shared by various analysts of the financial holding JPMorgan Chase & Co., according to Bloomberg.

This December, MassMutual, which is believed to manage $235 billion in assets, invested about $100 million in the first crypto. Analysts believe that it is a sign of an emerging new trend among institutional investors. JPMorgan commented:

“You can see the potential demand that may arise over the next years.”

Analysts think that a $600B investment in BTC is equivalent to investing in about 1% of the capital of the biggest insurance and pension funds in Europe, the USA, and Japan in digital gold. Nonetheless, their capabilities are restricted by regulatory complexity.

Earlier on, the CEO of the ShapeShift crypto platform, Eric Voorhees, explained that institutional investors can become a ‘natural defense’ of BTC from excessive control by the regulators and authorities.

On December 11, MicroStrategy Inc. raised $650M in debt financing for any subsequent investments in the first crypto.

This time around even a nominal investment from insurance firms and pension funds may be significant for BTC. MassMutual’s $100M bitcoin purchase indicates that the demand for crypto will be growing more, as explained by strategists at JPMorgan.

In a December 11 investor note, JPMorgan strategists who included Nikolaos Panigirtzoglou said that BTC adoption is now growing from the family offices and wealthy individuals to the larger investors like pension funds and insurance firms. But, Bloomberg said that the pension funds and insurance firms are most likely not going to invest huge amounts in bitcoin. Nonetheless, even the small turn into crypto might be worthwhile.

In case the insurance companies and pension funds in the EU, the US, Japan, and the UK allocate 1% of their assets to bitcoin, the BTC demand would surge by an extra $600B. That is almost double bitcoin’s market capitalization that currently stands above $350 billion, according to data from CoinMarketCap.

“MassMutual’s Bitcoin purchases represent another milestone in the Bitcoin adoption by institutional investors. […] One can see the potential demand that could arise over the coming years as other insurance companies and pension funds follow MassMutual’s example.”

MassMutual, a Massachusetts-based insurance firm, said that the $100M in BTC was for its general investment firm. That investment is part of a wide strategy to achieve:

“measured yet meaningful exposure to a growing economic aspect of our increasingly digital world.” 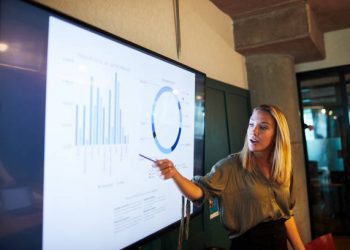