Bitcoin And Ethereum Will Explode In 2021 – Gold Bug Frank Holmes

2021 is shaping up to become a tremendous year for gold and cryptos, according to Frank Holmes, CEO of U.S. Global Advisors. He thinks that the rising adoption in the crypto markets will drive bitcoin significantly higher in the coming year. Also, decentralized finance (DeFi) will have a similar effect on the Ethereum market.

In a December 7 interview, Holmes said that he believes digital assets, including ETH and BTC, will perform considerably well alongside gold. The gold bug said that the digital assets are enjoying increasing adoption due to their underlying value drivers.

About the bitcoin market, Holmes thinks that more people are embracing the digital asset in a continuation of a multi-year trend:

“The number of wallets, people that are embracing bitcoin, that’s been growing for the past three years. Nice steady growth.”

Even though many in the cryptocurrency industry liken gold to bitcoin, Holmes stated that bitcoin is not getting fueled by the same macro drivers as bullion. Instead, bitcoin’s rocket fuel is arising from this past May’s deflationary halving event. He commented:

Holmes said that it is a demand and supply function, and after the May halving, the number of new bitcoins entering the market from the miners has fallen to almost 900 per day. Interestingly, all this supply has been rapidly getting absorbed by mega-corporations and institutions.

In the meantime, Ethereum continues to benefit from the latest developments in decentralized finance (DeFi). In terms of the cumulative value locked, the DeFi space is worth at least $14.6 billion. Ethereum blockchain is the building block for much of the activity that happens in the DeFi space. Currently, the market capitalization of DeFi coins is about $18.2 billion, according to CoinMarketCap.

Holmes expects a “two-standard deviation” move for gold. This move could send prices between $400 and $800 higher in the coming 12 months. He said: 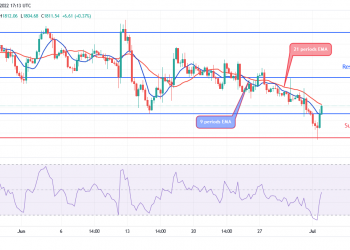