The massive gains pushed Bitcoin’s market cap to reach a record of over US$355 billion, overtaking the previous highs set in 2017. For now, all eyes in the crypto world are on bitcoin waiting to see if it will surge to $20K or whether it will drop back below $19K.

Bitcoin’s price action this week is expected to be affected by looming derivatives expiries and analysts say that “any dips are expected to be bought up promptly”. One analyst, Denis Vinokourov of Bequant, said that despite these expiries:

“the curve structure remained rather steep and the open interest (OI) rose to a new record high.”

The open interest on Huobi exchange has surged to $750 million and OKEx through the $1.2 billion. Interestingly, even on BitMEX, it is at its highest level since late September at almost $750 million. Open interest on Binance has hit an all-time high of around $1.17 billion.

Compared to bitcoin’s 156% year-to-date performance, the S&P 500 equity market has only gained 10.7%. Even gold which recorded its all-time high of around $2070 in August has gained only 20% YTD. Ever since it hit these all-time highs, gold has been on a decline. On-chain analyst Willy Woo noted:

“Bitcoin is more stable than Gold as an investment vehicle. If you’re in it for the long run, you want long term stability of returns for the risk you’re undertaking. Day to day price volatility drops to the background for long term investors.”

Bullion gold has lost some value to trade at around $1,805 level on November 24, and with that, “a single Bitcoin is now worth over 10 ounces of gold.” 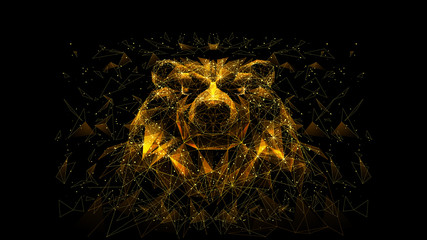 It was expected that once bitcoin rises to a new peak, it might also pull a gold-like move and then rest there or even have that long-awaited pullback. The biggest digital asset is nearing its all-time highs.

Bitcoin’s retest of its $20K all-time high is approaching at a time when the US Dollar Index is getting bashed. It is down 2.34% in November and the USD Index has plunged by 3.78% of its value in the final quarter of 2020.

“Bitcoin ATH retest is happening at the same time DXY is ready to poop itself to multi-year lows but keep that head in the sand that they are not correlated. Price discovery will occur together, but inverse, brah.” Historically, a weakness in the US dollar has been favorable for the BTC price. The current stimulus measures, environment, and zero to negative interest rates, also paint a bullish picture for the crypto asset.

Moreover, in places like Argentina where inflation is quite high, and the local currency is devaluing, bitcoin already hit all-time highs in Argentine pesos; additionally, the latest “confiscatory” wealth tax — ranging between 2% and 3.5% of the wealth of individuals with a net worth of at least $1.5 million to be confiscated — if it is passed into law, could further push people to Bitcoin.