The cryptocurrency community speculates the possibility of a new alt season as assets like Ripple, Ethereum, and Cardano surge. On its part, bitcoin seems still stuck below $19,000.

Bitcoin’s recent volatility continued throughout the weekend with several $1,000 moves taking it from a high of around $18,800 to the $17,700 level and back. But, the altcoins have managed to keep their recent momentum going and have decreased bitcoin’s dominance in the market to around 63%.

The flagship crypto showed increased signs of volatility during the weekend. It started with recording a new yearly high on November 21 at almost $19,000. After coming close to breaking the 2017 all-time high, BTC dropped vigorously losing over $1,000 in the process. That movement resulted in a new intraday low at around $17,650.

These fluctuations increased, but in the opposite direction as bitcoin spiked back to around $18,700 a few hours later. After another retracement, BTC is now hovering around $18,400.

Most of the technical indicators indicate that the crypto needs to overcome the resistance lines that have formed at $18,950, $19,400, and $19,660 before it possibly breaks the current all-time high. The other coins, known as altcoins or alternative coins, have enjoyed the past several days. Ethereum recorded another 7$ increase in price and has surged above $580 as staking interest expands. Ripple also doubled-down on its recent impressive price performance. XRP has gained 4% in value and sits around $0.45.

Bitcoin Cash, Binance Coin, and Chainlink have gained 1% of their value. Polkadot gained 3% while Litecoin gained 3.5% pushing the larger crypto market in the green. But, Cardano is the most notable performer from the top 10 with ADA surging by20% reaching a price of nearly $0.15. Several days ago, ADA was trying to remain above $0.10.

The double-digit price increase club has multiple representatives from mid and lower-cap altcoins. Waves is leading the way with a 37% surge in the last 24 hours and a 77% increase in the last week.

In the process, the altcoins managed to decrease Bitcoin’s dominance over the crypto market. The metric that compares BTC’s market cap with all of the altcoins has dropped to around 63.2% while just four days ago on November 19 it hovered over 68%. 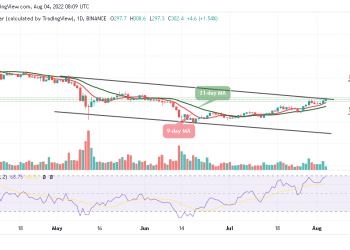