Corporate Investors Now Own $15.3B In Bitcoin

By November 20, 2020, companies reportedly own almost 842,229 BTC or 4.54% of today’s Bitcoin (BTC) supply. Data from Bitcointreasuries.org and the Clark Moody dashboard indicate that the amount is equivalent to $15.3 billion at the current price that is hovering around $18,200.

Public institutions and firms are constantly accumulating bitcoin. That surge in the amount that institutional investors hold started with MicroStrategy’s ambitious $425 million BTC purchase has resulted in a major institutional frenzy around Bitcoin.

Why The Rush By Companies And Institutions?

The demand for bitcoin from companies and institutions has mainly come from its growing reputation as a digital store of value. Bitcoin is distinct in that it can hedge portfolios against inflation just like gold but it has the potential to experience exponential growth.

Hedge assets are normally stagnant and they demonstrate low volatility over a long time. They operate as insurance for a diversified portfolio to ensure that when the market dips, the portfolio is protected.

Bitcoin has both of these characteristics; it can operate as a hedge asset and also expose investors to huge growth potential in the long term. In that context, the CEO of MicroStrategy, Michael Saylor, said bitcoin should not be considered to be a payment network nor a currency.

Bitcoin is highly compelling as a store of value. It does not put it in the crossfire of regulators. While referring to the interview of Jay Clayton, the outgoing United States Securities and Exchange Commission (SEC) chairman, saying that bitcoin is not a security. Saylor said:

“This is why #Bitcoin should be neither a currency nor a payment network. The principles of humility & harmony dictate that we should allow technology partners to provide for payments, & defer to governments on matters of currency. $BTC is a purely engineered Store of Value.”

Provided that the perception of bitcoin from corporations and institutions as an established store of value remains, the BTC demand might remain high.

Corporations are currently holding around 4.5% of today’s Bitcoin supply. The current supply is around 18.5 million BTC. That percentage is relatively high given that BTC total has a fixed supply of 21 million.

When the lost or dormant coins are put into consideration, the total supply is estimated to be about 17 million in total. Firms purchasing bitcoin as a treasury asset, including MicroStrategy, is particularly optimistic since it indicates that they are not expecting any short-term returns.

Therefore, when institutional investors and corporations hold bitcoin with a low time-preference, it might result in lower selling pressure over time by decreasing the available supply. For example, on August 11, when MicroStrategy revealed its initial purchase of $250 million worth of Bitcoin, Saylor commented:

“MicroStrategy has recognized Bitcoin as a legitimate investment asset that can be superior to cash and accordingly has made Bitcoin the principal holding in its treasury reserve strategy.”

The possibility of inflation and constant liquidity injections from central banks further underpins the medium to long-term outlook of BTC. Some analysts consider it to be the ideal environment for bitcoin to shine in the long term.

In the meantime, to offset the negative economic impact the health crisis has had on the financial market, regulators are continuously creating relaxed financial conditions. For stores of value like bitcoin and gold, these trends are beneficial heading into 2021. 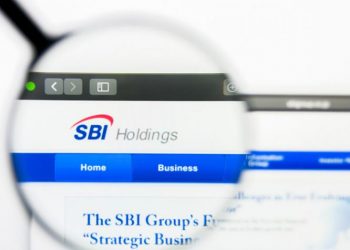