It is gradually becoming clear that smart money is beginning to take bitcoin (BTC) seriously. Analysts think that the ‘stealth phase’ in the bitcoin market is over. This year affected almost every sector of the global economy except for bitcoin, gold, tech stocks, and a few others.

Today, the price of Bitcoin is up 125% year-to-date which makes it the best performing asset as it has done in the last ten years. Interestingly, the public appears fully oblivious to that fact. However, not everyone is ignoring bitcoin’s latest surge to surpass $16,000. Currently, the price of the flagship crypto is around 20% below its all-time high.

Taking into context the incredible year that bitcoin is having, it does not come as a surprise that Wall Street is now beginning to realize that the world’s first decentralized crypto is not going anywhere anytime soon.

Flashback 2017; that was a historic bitcoin price rally that was mainly driven by the retail traders – the average Joe – who was expecting a Wall Street stampede alongside the frenzy of various tokens that were launched through initial coin offerings (ICO).

Simultaneously, the CME introduced their cash-settled bitcoin futures right at the peak of  December 2017, and then …bubble burst! BTC price imploded and plunged steeply in the months that followed and the hype withered into a multi-year bear market.

Negative publicity done by mainstream media made many retail investors eat the loss. Many analysts and spectators wrote bitcoin off as just another bubble that burst. Google searches show that many lost faith in the crypto as a viable investment tool throughout 2018 and early 2019.

But in 2021, it is clear that the public searches for bitcoin do not reflect BTC since its price has somehow ‘decoupled.’ The most interesting bit of this matter is that even Wall Street remains mostly on the sidelines suggesting that bitcoin may be quite undervalued at $16,000.

Currently, the flagship crypto has a market capitalization of $297 billion. Nevertheless, the latest data seems to show that this trend is already starting to change. According to Gemini exchange co-founder Cameron Winklevoss, Wall Street is not yet here. He commented:

“Institutions aren’t in Bitcoin right now. It’s been a retail phenomenon for the last decade. So Wall Street talks about it, they’re aware of Bitcoin, but they’re not really in it from our perspective, but it’s starting to happen.”

Based on previous reports, it is mostly the wealthy areas in New York and Silicon Valley that are quite interested in bitcoin currently. These zip-codes are home to many high-net-worth individuals.

Several wealthy investors are turning to bitcoin as a new asset class but the public is largely unaware. Michael Saylor, Paul Tudor Jones, and Stanley Druckenmiller have already made waves in 2021 after they revealed their positions in Bitcoin. Have they discovered something that the public did not see in 2017? Was the retail investor just too early then?

Tudor Jones said that investing in bitcoin could be the same as investing early in Apple stock. Saylor explained that his company, MicroStrategy, which acquired about $425 million in bitcoin, will hold it for the next 100 years referring to it as the world’s best collateral.

In the meantime, Druckenmiller, the most recent big-name bitcoin convert, now says that:

“If the gold bet works, the Bitcoin bet will probably work better.”

Together, these smart money investors are starting to realize that bitcoin is better at being gold than gold itself as Tyler Winklevoss put it. Gold is up an impressive 23% this year at a time of global economic upheaval, which is when this haven metal was expected to shine.

However, bitcoin (digital gold) has taken over the markets with its 125% year-to-date gains. It has also surged by almost 300% from its pandemic-crash lows in March. Today, bitcoin’s market capitalization is about 2.36% of gold’s. Some of the long-term investors see it as the best asymmetric risk-reward ratio bet in history. People who acquired bitcoin ten or even five years ago will agree to that.

The End Of BTC’s ‘Stealth Phase’

Bitcoin has a fixed supply which is making it quite attractive as a hedge against inflation that is almost guaranteed by the US Federal Reserve. But as opposed to gold, bitcoin is quite scarce. Its supply is arithmetically fixed and cannot be altered by any authority or government.

Furthermore, the rate at which new bitcoin is mined is reduced by up to 50% after every four years, which analysts believe is one of the largest catalysts for the new bull market cycles. That event is known as halving and the latest one happened in May 2021. 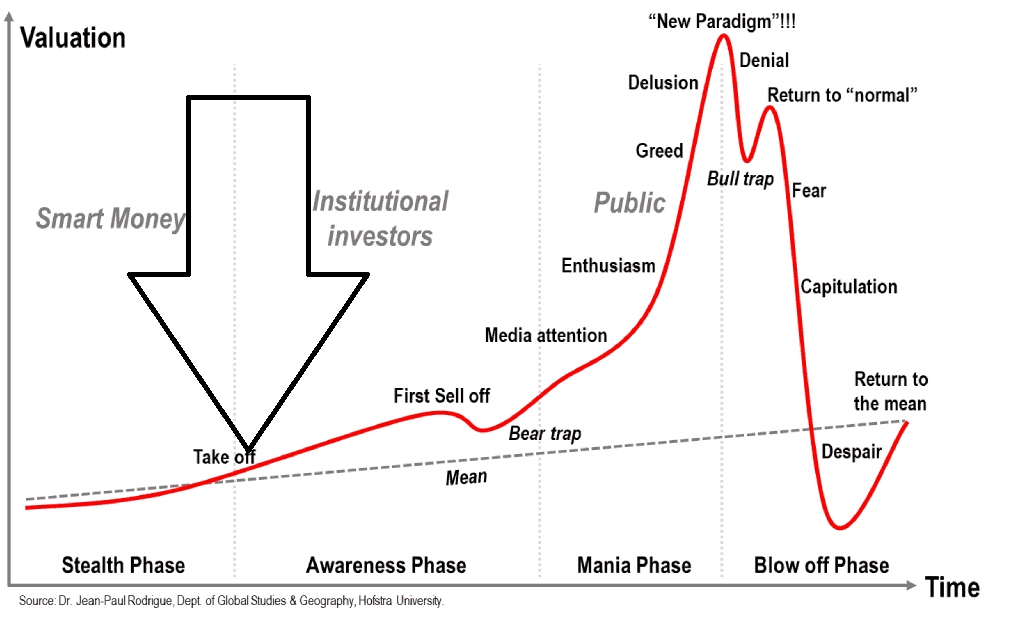 One crypto trader, Michaël van de Poppe, thinks that the bitcoin market is now exiting the Stealth Phase which is ushering in the Awareness Phase. Bitcoin is no longer just digital money for purchasing drugs and other illegal items from the dark web. Van de Poppe explained:

“With Stan Druckenmiller, Michael Saylor, and more listed companies jumping into the Bitcoin markets, it’s quite clear that we’re at the early stage of a new bull cycle.”

Bitcoin Is An Exclusive Club

Adding onto the halving, the investors mentioned above have also noted that bitcoin’s fundamentals, network activity, and other on-ramp infrastructures have improved considerably since 2017. Some of the infrastructure include PayPal and CashApp. Thus, it does not come as a surprise that this emerging asset class is beginning to appear like an unwise bet to smart money.

Many other investors will also realize that a small percentage allocation of their capital into bitcoin might boost their portfolio returns considerably. In October, Dan Tapiero, the co-founder of 10T Holdings, noted:

At that rate, investment fund clients will start asking questions including:

“Why is my nephew’s Bitcoin stash outperforming my 401K, FAANG stocks, gold, and Warren Buffett put together? How do I gain exposure to Bitcoin?” 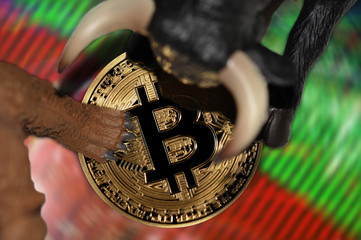 But, bitcoin is unique because it does not play by the Wall Street rules. It is a form of software that comes with its set of rules. It is not an IPO or a stock. It is simply a technology that is open to all and voluntary to use. It has a group of early adopters and not insiders.

Bitcoin has market cycles and no bailouts. It has existed for more than ten years and it grows stronger by the day. Despite its existence for more than 12 years, the flagship cryptocurrency is only now getting noticed and taken seriously by many serious investors. Simultaneously, it maintains the lowest barrier to entry for anyone and everyone else compared to traditional finance.

That is exactly the reason why bitcoin still offers a unique opportunity for retail investors. Purchasing bitcoin now at lower prices is a good idea before the Wall Street moguls come in and push the prices considerably higher in the coming years.