Bitcoin managed to power its way to the highest level since January 8, 2018, as the buying frenzy took over on November 5. The crypto is now knocking on the door of $16,000 as fear of missing out grips the markets once more.

That spike upwards added over 12% within 24 hours and Bitcoin surged to a 33-month high flirting with $15,980 in the early trading hours in Asia on November 6, 2021, according to Tradingview.com.

The $16K level is expected to form a significant resistance since there were at least two weekly closes at $16,100 in early January 2018. Hence, if this week’s candle can manage to hold on to these levels, there might be a push higher towards the slippery all-time high.

Currently, chart patterns are reminiscent of the late November 2017 price action when bitcoin exploded from $7K to top $16K within three weeks. Many analysts have noted that the BTC price is now 80% of its all-time high. That is the closest that bitcoin has ever been to full recovery. It took just 12 days on average from these levels to an all-time high historically.

i am comfortable taking some profit off the table here and waiting to load more lowerhttps://t.co/NjdNOyMkov pic.twitter.com/pZJmOJVCqg

On the other hand, traders are expected to start to take some profit at this level which may result in a pullback. The ‘Fear and Greed Index’ moved over into the ‘extreme greed’ zone at 90. The index reached 92 in June 2019 when Bitcoin surged to its highest level for that year at just below the $14K mark.

“The hardest thing to do in a bull market is to sit. My pal Paul Jones calls it the ‘pain of the gain’. This is a $BTC bull market. Your job is to sit on your hands and lock away your phone.”

The United States election results may have been the catalyst for the current week’s rally as Joe Biden extends his lead over Donald Trump with the counting nearing conclusion. At the time of writing, Biden is leading by 253 to 213 in the race to 270 college votes with only five states left to go. 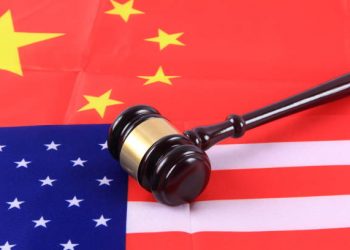