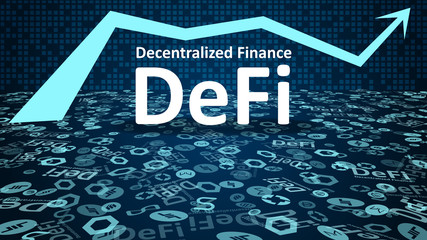 Billions of USD in liquidity had already been attacked thanks to DeFi lending protocols, doing so by offering massive returns. Even so, one researcher from Messari stands convinced that this isn’t enough, claiming the space needs fixed-rate lending options, and it needs them badly.

DeFi Growing In Demand For Stability

UMA Protocol, Yield Protocol, and Mainframe stand as a few of a number of protocols already venturing into this fixed-rate borrowing and lending markets for crypto collateral.

Jack Purdy stands as a researcher at Messari, and states that fixed rates will allow for lenders and borrowers to gain certainty, especially those aiming to forecast their returns and costs on capital.

Purdy highlighted that yield curves, those that plot interest rates against various maturity dates, on the steeper curve range mandate a higher return when it comes to compensating investors locking up the capital. A flatter curve, in turn, shows that the lenders are happy with lower returns, due to the prospects of future growth not being so bright.

The researcher highlighted how critical it is for calculating returns and planning for the future, thus needing a stable and predictable financial market to do so. Through this, investors are even capable of gauging longer-term investor sentiments, as well. Purdy further highlighted yield curve inversion events, which happens when investors are willing to lock up low long-term rates with the anticipation of a more severe downturn coming up.

When it comes to the traditional finance space, central banks subsequently lower interest rates, and it serves as an indicator to predict recessions, as well.

The current DeFi space isn’t predictable in the slightest, with it being easier to describe it as the new Wild West of blockchain protocols. Massive, unsustainable returns are offered, with four-figure yields boasted around to try and bring in degen farmers and liquidity providers. It’s a crazy business at this point.

A prime example would be the more recent vaults offered by Yearn Finance, that tap into other protocols, in turn. The GUSD vault, as it stands now, is offering a gobsmacking 2,200% APY for anyone making stablecoin deposits.

Back when the yETH vault was the first launch, the protocol had proudly boasted three-figure annual returns, with the returns seeing a rapid plunge as time went on. As a result of this, ETH liquidity saw a massive plummet, going down by 60% since the vault’s opening, back in early September.