What Is Aave Lending Platform?

Decentralized Finance (DeFi) offers an excellent alternative to the traditional financial institutions known as centralized finance. DeFi is a popular space of cryptos for trade and exchanging while concurrently eliminating the use of a 3rd-party system.

By description, Aave lending platform is an online service that runs primarily on the Ethereum token blockchain. This platform deals majorly in providing interest, borrowing, and lending services utilizing a decentralized network to function properly.

Founded in 2017 by Stani Kulechov, the platform was originally known as ETHlend. It enabled lenders to reach users in a pairing fashion on the platform. Later, the system was altered into a pool system after the name changed to Aave derived from ‘ghost’. That development made ETHlend a major subsidiary under the new firm.

This 2021, the ETHlend subsidiary will be scrapped and all its activities independently operated under Aave. On its release, the firm had almost 1.3 billion units and sold just over 1 billion units of its local currency LEND. It gathered an initial fund of more than $16 million. This service, nonetheless, decided to retain the rest for the founder and the running team. 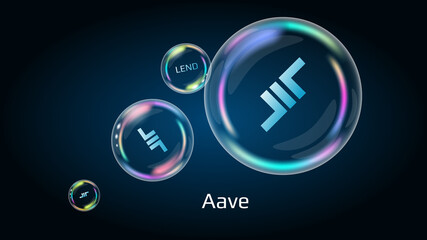 The service operates several smart contracts on its network, with many codes in place to conduct all actions demanded by the user. Just like every other lending and borrowing infrastructure, the service needs the user to put up collateral with value that is not less than the value of altcoin borrowed.

The crypto is then given  in the form of Aave token ‘aToken’ which value is of the borrowed asset. It is, nevertheless, possible for the lender to repay debt in a different form of crypto than the type borrowed. It means that one can be lent in Ethereum and can pay back in DAI; provided that the crypto is supported by the online service and the value that is equivalent to the borrowed asset.

What Is Aave Lending Protocol And How Does It Operate?

Aave firm operates using different segments performing a variety of functions from the others, with some more crucial than the rest. ‘Protocol’ is the key feature that eliminates the one-to-one lender to borrower connection which gives the lenders the power to create pools, deposit assets, and supply the fluidity in the pools available for borrowing.

It also guarantees that the depositor gains interest off every borrowed kind and unit of digital assets borrowed. In the same scenario, it lets other users borrow from the pools with the application and grant of loan executed in the shortest time possible.

This service has two unique features that have contributed to its immense success ahead of the other lending platforms; Flash Loans and Rate Switching. 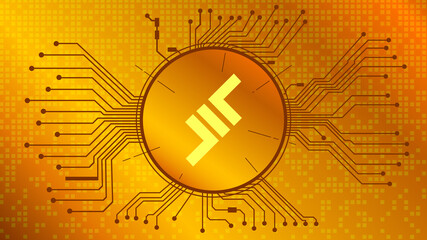 Flash Loans – this feature enables the users to borrow from the pools without any need for collateral. These borrowed assets can only be used on the smart contracts that are available on the platform. It protects the suppliers of the digital currencies in a manner that if the debt is not paid off before that contract is completed, all the processes involved would be undone by the service and the assets would be refunded to the pool.

The strategy helps to safeguard from defaulters and offer quick short-term loans for easy trading processes for the users on the platform, particularly for those that do not have any collateral to approach centralized financial systems. That feature is so efficient and cost-effective with a recorded mean minimal interest rate of 0.1%.

A majority of digital currencies are highly volatile. Aave is aware of all that which made it to come up with the Rate Switching feature, which enables users to select between fixed interest rates or the varying interest rates. The fixed rates are normally low and generally considered to be quite safe for the majority of the people.

Nonetheless, consider the possibility of high returns with a contrasting low-interest-rate, the ‘varying’ is normally the preferred option. Even though it is crucial to note that the investment may not go as the market study forecasts, resulting in some loss.

People can lend or borrow digital currencies using the Aave lending platform. This process does not need a third-party member and it does not ask for personal details of the former or the latter, unlike the regular finance companies.

The former benefits most from that process, with their assets in the pool providing them with revenue even when they are absent. This lending system has been activated on multiple fintech platforms throughout the world, with Binance being the most popular of this lot. Using LEND by Aave is quite simple:

Eventually, this process is complete. The user can then view their portfolio that comprises of the value of assets available and the interest that every transaction or pool will generate for them. 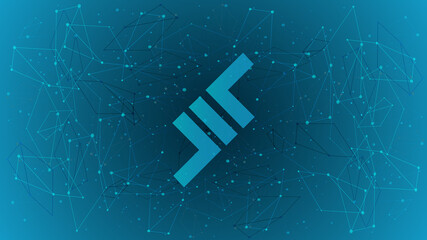 This concludes the lend section. The whole process that is involved in borrowing is nonetheless a bit extensive than to lend, with several similarities; the log on and the creation and linking to the online account of the wallet.

The future of the finance and tech industry is headed towards fintech establishments using digital currencies and Decentralized Finance (DeFi). Aave lending platform enables in the bridging of gaps between crypto owners who may have excess and wish to lend it to those who are in need and want to borrow.

Aave is projected to have become a leading FinTech company that operates in the lend and borrow infrastructure given the massive success that it has gained in its three years of existence.

For anyone who intends to use this service, but currently lacks the funds needed to buy crypto, a test version is available on Kovan Testnet, which enables you to do all operations using fake money until you are ready to use the real platform.