Robinhood Users Furious After Some Accounts Were Hacked

Users of commission-free stock and cryptocurrency trading app Robinhood recently vented out on the firm after some accounts on the platform were hacked. Robinhood said that the issue was not related to a cyberattack incident or a data breach.

Some user accounts on the trading app Robinhood were recently hacked. The firm, which was recently valued at $11.7 billion is now urging its customers to beware of the hack. It noted that the hack was not a result of a cyberattack or a data breach. It occurred when the customer’s email accounts were compromised outside of the trading platform.

A Robinhood spokesperson commented on the hack and said,

The firm is working with the impacted users to help restore their accounts.

How many users were affected?

At least five users said that hackers liquidated their investments and were able to withdraw their balances to online payment apps like Revolut. The firm has also been made aware of the issue and it is currently investigating the matter. The exact number of affected accounts is unknown and a company spokesperson said that not all the customers of the platform were alerted. Only the people whose credentials were affected due to the discovery were sent an alert.

However, users went online and vented their frustrations with the hack. One user said that their account was hacked and they received several notifications of their stocks being sold. They also lost access to the account and is yet to hear a word from Robinhood. The firm received flak on Reddit and Twitter after the support team failed to provide any substantial help to them. They only received standard emails from the company’s support staff while their accounts were being emptied.

Vanguard, Robinhood and Other Brokers Continue to Face Issues 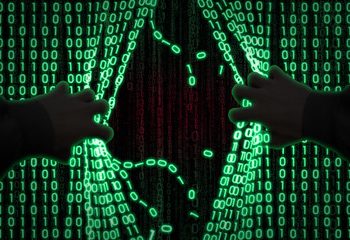