Wrapped Bitcoin (WBTC) Surpasses $1B After 900% Surge In 2 Months

That milestone comes barely four weeks after the TVL of all BTC tokenized on Ethereum (ETH) surged above $1 billion for the first time. Currently, the TVL of tokenized BTC is almost $1.5 billion, of which WBTC makes up 33%.

Wrapped Bitcoin is currently the 5th-biggest DeFi protocol with regards to TVL which represents almost 10% of the whole industry’s locked capital. WBTC’s TVL surged above $100 million for the first time on July 8. 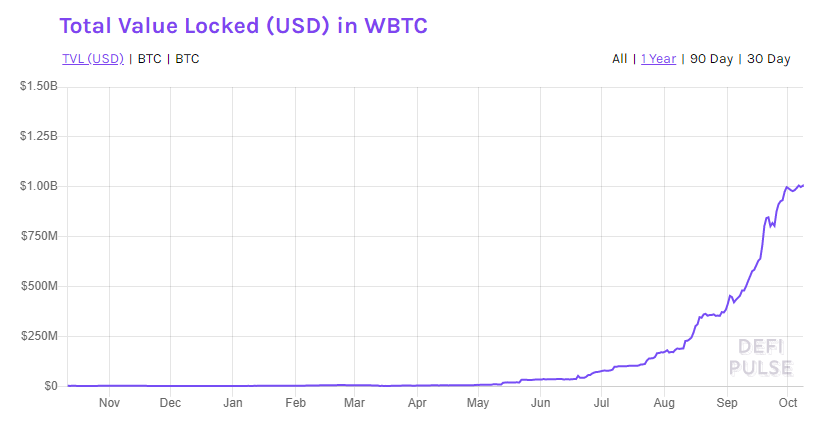 WBTC lets its users lock up bitcoins in exchange for WBTC which is an ERC-20 token pegged to Bitcoin. This token enables BTC holders access diverse Ethereum-powered DeFi ecosystem using it as collateral.

In the first six months of 2020, WBTC’s TVL surged from $4 million to $36 million. That demonstrates the extensive surge in demand for DeFi during Q3 2020. The DeFi bubble seems to have also benefited several other Bitcoin tokenization protocols. Interestingly, Ren’s (REN) VM locked up over $300 million worth of BTC since it launched at the end of May. 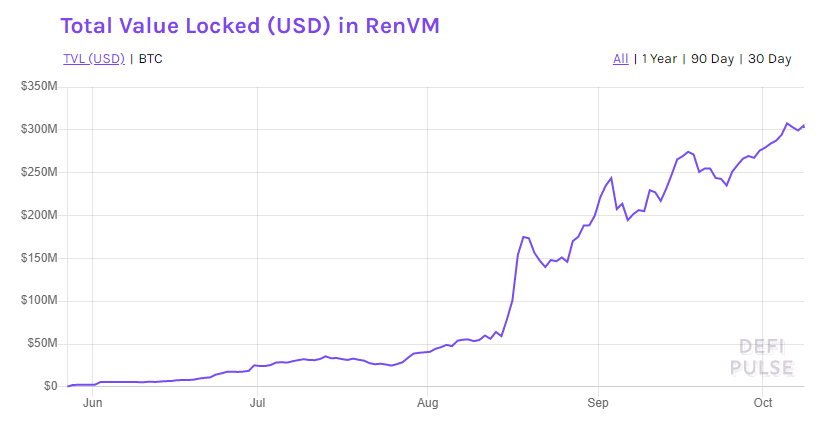 The REN price has surged by almost 180% in the same period and the token bounced 14% in the past 24 hours after it listed on Coinbase. Not every tokenization protocol has enjoyed sustained success. PieDAO’s TVL recently dropped to May’s sub-$1 million levels after briefly surging in July.

Also, the A16z-backed Keep Network has missed out on the spoils of the recent decentralized finance frenzy. All that happened as the embattled tBTC protocol came under massive pressure recently for liquidating Ether belonging to all the users in a group that sees one signer go offline.