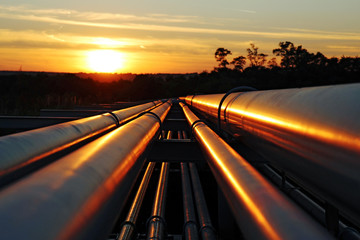 The COVID-19 pandemic has devastated the global economy and the oil sector was not spared. Throughout the world, explorers have suspended drilling and producers have idled wells. Even Big Oil majors put up some of their assets for sale. However, the world continues to need oil although the amounts are currently lower compared to a year ago.

Global oil demands will remain even as some jurisdictions try to go green. On its part, exploration is not dead especially in Africa which was a hot spot in oil and gas before the pandemic struck.

Earlier this September, French Total and the Uganda government have signed a crucial deal to construct a pipeline that will carry Ugandan oil to the Kenyan coast. Around 14 days later, the presidents of the two countries also signed a deal about the $3.5-billion infrastructure.

The last investment decision on the pipeline is expected to be made by the end of 2021 in a rare good sign about the future of oil demand. Kenya and Uganda are newcomers to the oil scene and they hope to join the oil-exporting community soon.

If the building of a $3.5 billion oil pipeline still makes some economic sense for the countries that rank among the wealthiest globally, there might be hope for some oil demand.

Canadian-based Africa Energy said last week that it had struck oil in an offshore block in South Africa. According to their official statement; they found reserves that could surpass those of an earlier discovery that was made by Total. Barely a month before the discovery, Africa Energy doubled its stake in the consortium that was exploring the block to 10%. Total is the general operator.

The Luiperd prospect is described as the biggest of five offshore blocks in South African waters that have now attracted a lot of attention from explorers. The members of the consortium members say that the resources of the block surpass 500 million barrels. What is important about the Luiperd block according to Africa Energy is that it offers over 80% of success; that is unheard of in frontier exploration today.

Invictus, an Australian company, is in the meantime getting ready to start drilling exploration wells in Zimbabwe. The start date is expected to be in October 2021. These will become the first oil and gas wells to be drilled in the country; and Zimbabwe is hopeful that it will strike oil to boost its energy self-sufficiency.

Experts from Africa Oil and Power reported that the drilling project might cost some $15 million. They also believe that it builds on promising results from previous explorations done by Exxon. Exxon identified this area in the 1990s saying that it was highly likely to contain hydrocarbons. But, the company dropped this exploration since it was after oil while the area, they believed, was more likely to contain gas.

The government of this country, at the moment 100% dependent on exports for its energy needs;appears to be fine with gas. Currently, it is putting the finishing touches on a production sharing agreement with Invictus in the scenario that oil and gas are found.

PetroNor, a UK-based explorer, received a 30-year drilling license earlier this September from the Gambian government. It got that license after an arbitration process targeting two offshore blocks. After the successful completion of that arbitration, PetroNor will be allowed to explore one of these blocks. The other block is set to be passed to an unnamed ‘major oil company’.

Reports indicate that the license is based on a new production-sharing framework that was created by the Gambian government. PetroNor says that the government is favorable for the explorers and producers of oil. The company now has 12 months to decide whether it wants to continue with the drilling process in the offshore block.

The continent was not spared the fallout of the health crisis that pulverized lots of oil and gas demand despite all these positive news coming from frontier regions in Africa. For instance, Kenya’s government said that Coronavirus had slowed down exploration in the Turkana region. That might delay the country’s ambitions to become an oil producer and exporter until 2024 from a previous plan to begin shipping oil abroad in 2022.

This health crisis has also resulted in delays of exploratory drilling in Mozambique; following the distribution of new blockchain in an official government tender. It was scheduled to start in 2021 but some adjustments due to the pandemic have made it to be pushed to 2021-2022.

Meanwhile, a major producer on the continent is working on a unique exploration strategy to enhance its oil and gas reserves. The government of Angola earlier this September approved a plan that is scheduled to take effect by 2025. The plan is to see the country boost its exploration activities to enhance recoverable reserves; and ensure that it produces over 1 million bpd by 2040.

On the other hand, South Africa has delayed a new oil and gas exploration and production bill that was expected to be passed before the end of this year. The cancellation happened due to the current pandemic. Now, the deadline for the approval of this particular bill has been shifted to the end of Q3 2021.

In general, the wider picture seems better in Africa’s frontier oil regions than the legacy producing parts of the world.