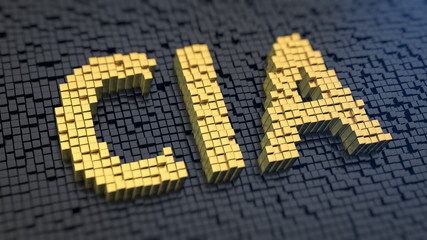 For the last ten years, the crypto and blockchain sectors have experienced massive growth. The nascent technologies seem to threaten the traditional business and industry setups which have rattles many regulators and authorities.

Over the years, institutional investors have joined these markets which have resulted in mass adoption. The US Central Intelligence Agency (CIA) is the latest major institution to express its interest in these emerging technologies publicly.

This announcement comes after the crypto sector has enjoyed growing popularity in the US. Interest in the United States exploded after the Comptroller of the Currency allowed banks to offer crypto custody.

The CIA recently created a new research and development arm which they called CIA Labs. This lab will mainly aim to conduct exhaustive research and tests to tackle various modern challenges. In that context, CIA Labs is also in an ideal position to research other technologies that are dedicated to solving these challenges. Crypto and blockchain appear to be the first on their list.

This new R&D hub is also confirmed as the newest member of the Federal Laboratory Consortium of Technology Transfer. The nation-wide organization features over 300 agencies, laboratories, research centers, and more. Reports indicate that this new membership will enable CIA Labs to cooperate with experts arising from different industries. Together, they can take on new challenges, share information, and share knowledge.

Blockchain technologies are set to be the first to be researched about, as mentioned. However, they are far from being the only interest of CIA Labs. Instead, this research center also plans to take on artificial intelligence (AI), augmented reality, bioscience, quantum computing, machine learning, and much more.

Furthermore, CIA Labs will enable the Central Intelligence Agency’s officers to create and file patents on their work for the first time. They might even receive a certain percentage of the profits made. The incentives have an extra purpose as it was highlighted by the CIA’s Dawn Meyerriecks. They are designed to attract top innovators in the science and technology space and convince them to join the agency.

Meyerriecks revealed some phenomenal innovations that have been designed within the agency over the years. With CIA Labs added to the agency, top-notch innovations will continue to come from it. Eventually, the CIA will be in a better position to invest more in technology and scientists while simultaneously optimizing development.