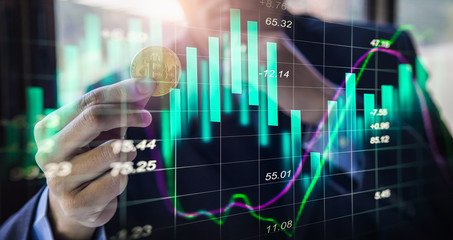 The nascent crypto industry is attracting investors from around the world seeking to make some profits. Now, research shows that almost half of the traders are long term investors. Which asset is the most popular? The answer is expected.

Based on a recent survey of Huobi traders, up to 45% of respondents have time caps longer than a year and 12.5% say that they are ready to wait for more than four years to get significant returns on their investments. That appears to contradict the widely accepted view that most crypto investors are in it to make a quick buck.

When asked which assets they are ready to hold the longest, a staggering 69% said that they prefer Bitcoin. Despite the majority of these respondents falling in the 26–50 age range, many of them have less than three years of investment experience.

Additionally, over 50% of the surveyed people have a yearly income of $10,000 or below. That amount may seem low. But, it is important to note that this survey was done in the emerging market according to Huobi.

Thus, such an amount of income might not necessarily be considered low. Another critical consideration is that just 491 people responded to this survey. Hence, it is quite unclear how representative this sampling is.it seems like there is a shift taking place in the way crypto is being perceived by the retail and professional investors. People are shifting from a get-rich-quick scheme to a more long-term approach.