Maker Price Analysis: MKR/USD Could Be Getting Ready To Dump At $480 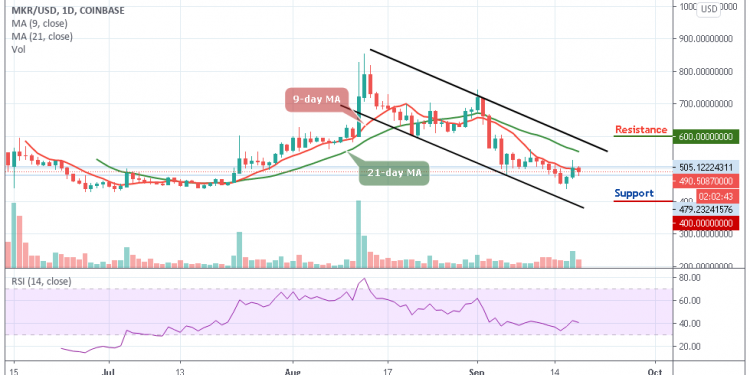 Maker (MKR) is currently trading at $490 after a notable spike and rejection from $556. 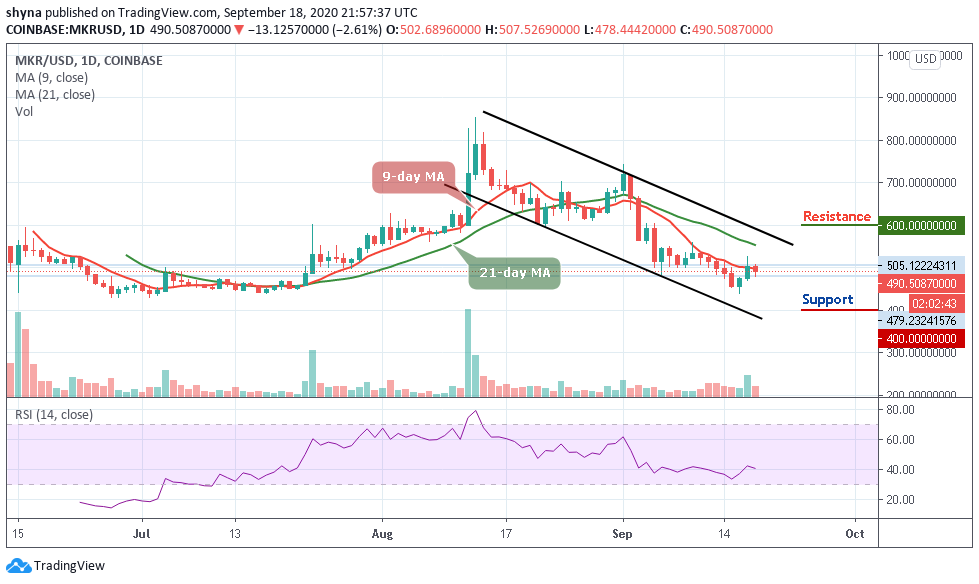 MKR/USD has been one of the most affected coins after the last crypto crash; the coin is seen losing around 50% of its value in practically one month. However, MKR/USD is currently trading around the 9-day moving average on the daily chart and ranked 37th with a market capitalization of $484 million with a trading volume of $57 million.

What to Expect from Maker (MKR)

There is a massive downtrend formed by MKR on the daily chart. The bulls tried to breakout yesterday after a notable spike towards $526 from a low of $469. However, the price got quickly rejected dropping to $502 within minutes. Moreover, one can say that MKR/USD has already formed a resistance level at around $526, and it is now facing the 21-day moving average at $555 as resistance.

However, should in case the price follows the upward movement, then, the resistance levels of $600, $620, and $640 could be visited. But for a backward movement, the market can be supported by the support levels of $400 and $380 and if the price falls below the previous levels, another support is located around $360. Meanwhile, the RSI (14) may likely cross below 40-level, which could give more bearish signals.

MKR/BTC Market; Focusing on the Downtrends

Against Bitcoin, MKR price has been dropping and could cross below the 9-day and 21-day moving averages as the coin continued the bearish run at the moment. The next support level may surface at 400 SAT and then may locate further key support at 380 SAT and below if the sell-off later becomes huge. 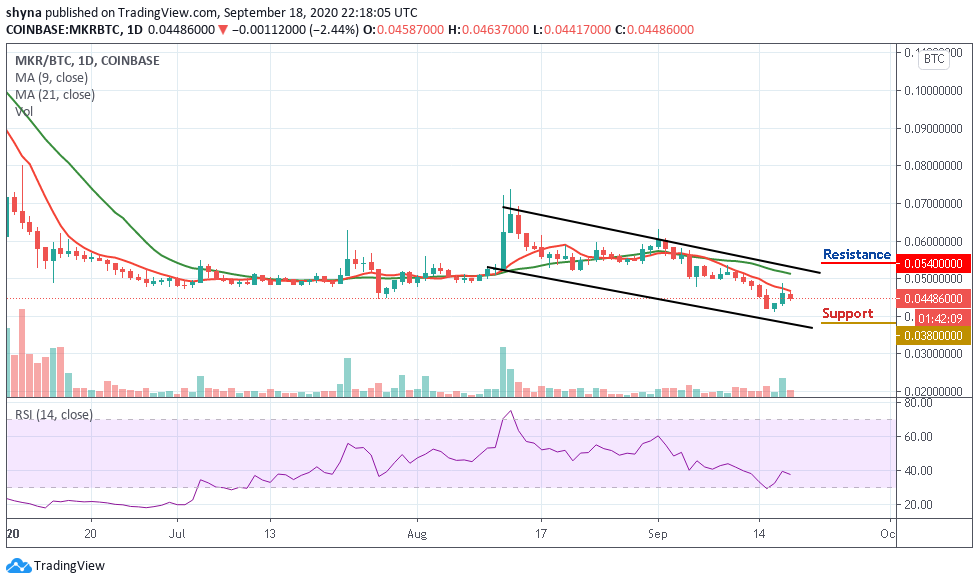 However, on the upside, if the bulls gather enough momentum, Maker (MKR) could face the resistance level of 530 SAT. Above the mentioned resistance lies the major 540 SAT and above. The RSI (14) indicator nosedives below 40-level, traders may expect more bearish pressure below the moving averages.