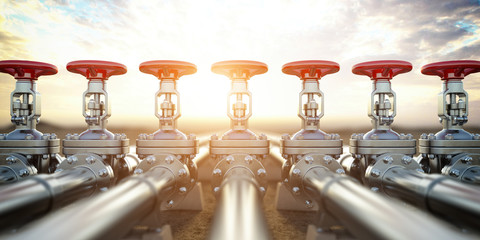 It has been 60 years since the OPEC was formed. Over the years, oil prices have been rising and falling to suit various market conditions. However, 2021 has been a year of plunges for the oil sector at some point trading in negative territory due to the rapid spread of the COVID-19 health crisis.

As another wave of the health crisis threatens to cripple the already beaten sector, many of the oil-producing and exporting countries are wondering where the next demand for oil will come from. The rising levels of oil in floating storage coupled with price cuts for Saudi crude and a slowdown in Chinese imports have pressured the oil prices recently.

The main reason why they have pressured prices was that they all illustrated the same story. Demand is yet to improve as it should do. This scenario is increasing fears for long-term demand as well. Will the Big Oil’s bets on plastics pay off? Will gasoline demand rise again? Might jet fuel demand rise to the pre-pandemic levels ever again? The long term future of the oil sector hangs on the answers to all these questions.

Millions of barrels in fuel demand were wiped out by the health crisis as countries locked down to contain the spread of the virus. The demand is returning gradually as lockdowns end in many places around the world. However, it is not returning as rapidly as it should do and that has resulted in bleak forecasts.

But, US gasoline inventories have registered some considerable drawdowns in the last three months. Notably, the driving season is the most active demand period for gasoline. Also, most of the Chinese refiners have been importing oil like their future depends on it. The picture is not all that gloomy but experts say that it will take longer for the demand of fuel to return.

In August, in their normal monthly forecasts, the three largest energy authorities; the International Energy Agency, the Energy Information Administration, and OPEC; seemed to agree that it would take at least up to 2022 for oil demand to recover to pre-crisis levels. Various analysts believe that demand will never recover to the pre-crisis levels.

These analysts have a point particularly if vaccine development takes many months, which in most cases it does, and the world starts settling into the new normal characterized by fewer flights. Such a world means traveling will be less and fuel consumption will also reduce drastically.

The question comes; where is the future demand for oil going to come from? The short and maybe most precise answer is, the same place it has been coming from until now. But, there will be a few million barrels less daily for a while.

Oil will not go anywhere. The economies harassed by the health crisis will sooner or later recover. When the recovery happens, they will need more oil. The affected regions include Europe which has majorly stepped on the green path of renewable energy that features electric cars. But for now, the bulk of car sales in Europe are vehicles designed with internal combustion engines.

The transport fuels are one huge market for crude oil currently. Although its current outlook is bleak, the sector is not going away. Nothing more than a mandatory switch to electric vehicles can destroy the market. So far, no government worldwide has mandated such a switch.

Even though the fuel stocks are growing currently since more gasoline and distillates are being produced than are being used, experts believe that the market will rebalance in the future. People might adjust to the new normal and refiners will trim their output, or a vaccine will come up and the old ways will return.

Jet fuel demand is not a lost cause. Air travel has been the hardest hit by the pandemic but the outlook is for growth. Recently a report on air travel subscriptions emerged forecasting that the global market will grow at a  compound yearly growth of 3.4 percent by 2027. That may not be a double-digit boom but it is a stable growth rate.

Even if almost all airlines around the world are struggling and some are failing to survive the current downturn, the future is expected to be bright. Petrochemicals and plastics are other potential areas of growth. Notably, it is a sector that the oil industry has been targeting as a key source of revenue in the future.

A recent Carbon Tracker report questioned the wisdom of this method stating that plastics demand is currently on the decline. That might leave oil and gas assets worth $400 billion stranded. Based on Carbon Tracker’s argument, Big Oil expects major growth in the demand for plastics. Nevertheless, that is not coming due to the green pivot of governments and many initiatives targeting the tackling of plastic waste.

Whether such a scenario will play out remains doubtful. There have been many trials to come up with cost-effective alternatives to plastics, for instance. Some have proven successful while others have failed. However, the fact remains that the world consumes lots of plastics despite these alternatives.

Plastics will have a large market from an end-consumer’s perspective if not from a climate-preserving one if they remain as the cheapest options. Oil and gas, particularly gas, for power generation are not going to fade any time soon despite the massive green push. Some day in the future, the world may be powered exclusively by renewable energy sources. But, such a day is far off into the future.

For many years to come, the world will rely on fossil fuels. The oil space is not a happy place at the moment. It might continue to remain unhappy for some time to come. But, the entire world is still reliant on what the industry produces.

The sector may suffer losses in demand and revenues but its key demand sources will continue to exist even in 2050 after many governments’ net-zero plans are set for completion.