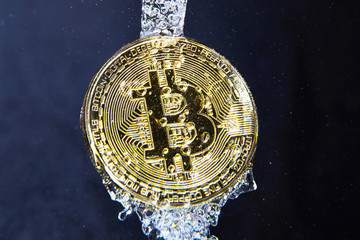 The Society for Worldwide Interbank Financial Telecommunication, or SWIFT, and British multinational security company BAE Systems have published a detailed report showing how cybercriminals launder crypto. These techniques are quite sophisticated but crypto laundering cases are still quite a few, according to the study Follow the Money. On the other hand, there are huge volumes of cash laundered through traditional methods like wire transfers.

However, there are some notable examples; and the report details various money laundering methods that are employed by the Lazarus Group. This group is a well-known hacking gang that is believed to be sponsored by the North Korean regime.

The Lazarus Group normally steals crypto funds from an exchange and it then starts to pass transactions via different exchanges using a strategy known as ‘layering technique.’

Hackers employ East Asian facilitators who get a portion of the stolen funds for assisting in the laundering of funds. The facilitators transfer cryptocurrency across many addresses they own aiming to “obfuscate the origin of the funds,” as explained by the study. The researchers also wrote:

“Facilitators move a portion of the received funds through newly added bank accounts that are linked to their exchange account; – this enables the conversion from cryptocurrency into fiat currency. Other stolen funds might be transferred in Bitcoin into prepaid gift cards; which can be used at other exchanges to purchase additional Bitcoin.”