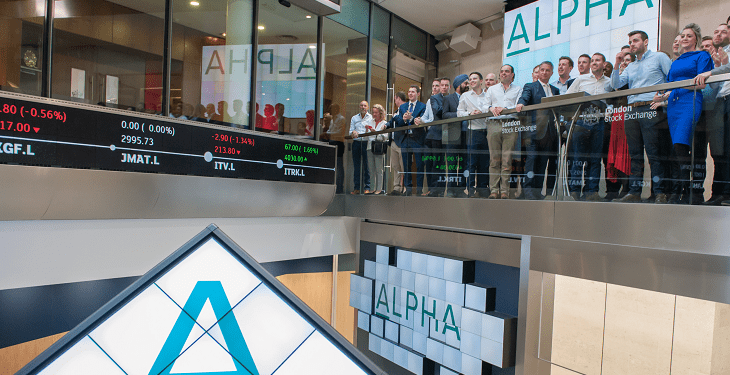 A UK-listed foreign exchange (FX) broker, Alpha FX, has filed its unaudited half-yearly interim report, today. This report is about its financial results ending on the 30th of June, 2020. The broker had filed it with the London Stock Exchange. While the broker may have reported a healthy increase in revenue, it was forced to report a decline in profits, compared year-on-year.

Increase In Revenue; Loss In Profit

It was already reported that the brokerage had recorded an increase of revenue by 16%, totaling into £18 million within H1 2202. However, the recent report further detailed its financials for the half-year

The underlying operating profit for the brokerage managed to go down by 8.9%, year-on-year, with the value now standing at £6.1 million. The reported figures of the brokerage stood at £5.9 million, as opposed to H1 2019’s £6.2 million, recorded prior.

Alpha FX explained that these profits had been calculated after a temporary provision of £0.5 million was deducted, due to the debt of its Norwegian clients.

A few things managed to stay the same, however. The underlying operating profit margin for the brokerage stayed at 34%, having been recorded at precisely the same value back in H1 2019, as well. The basic earnings per share have been recorded at 8.9p, as well.

The company itself gave an explanation, at large, as to the volumes. While the trade volumes did see a balloon effect within Q1 2020, primarily due to volatility, this demand saw itself corrected within Q2 2020.

Increase In Institutional; Decrease In Corporate

The broker gave a further report of its client base increasing to 671, having originally been recorded at 648.

Interestingly enough, while the broker did see an increase in its client base for institutional traders within the period, it saw a reduction and delay in FX activity for its corporate clients. This stands applicable within both Canada and the UK.

Morgan Tillbrook stands as the CEO of Alpha FX, and gave a statement about the matter at large. He stated that he was pleased that progress was reported across all areas of business. He further highlighted that uncertainty still remains, but claims his brokerage has proved its drive and resilience in order to succeed. He stated that he was confident for the rest of the year.