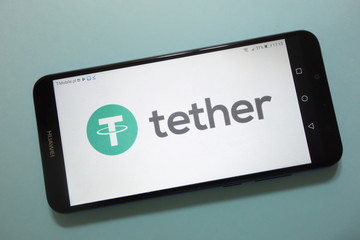 The biggest stablecoin in the world by market cap, Tether (USDT), has now surpassed major altcoin XRP once again. Tether surged to the third spot on September 1 becoming the second-biggest altcoin after Ether (ETH).

At the time of writing, the USDT market cap accounts for over $13.4 billion based on the data from the crypto analytics website Coin360. Ripple’s XRP is now the 4th biggest coin by market cap at just above $13 billion. This movement in the ranking is not new to the crypto market in 2020. In May 2020, Tether surpassed XRP to become the third-biggest crypto but XRP retook the position later.

Since May, both of the cryptos have increased their market capitalization considerably. Tether had previously surpassed XRP at a market cap of almost $8.8 billion while XRP had a market cap of $8.6 billion at the time.

The drop in XRP comes after a senior Ripple executive alleged that XRP is not competing with any stablecoin. A senior director of global operations at Ripple, Emi Yoshikawa, on August 19 said that XRP does not compete with either central bank digital currencies (CBDC) or stablecoins.

Yoshikawa said that XRP is complementary to the global progress in CBDC and stablecoin development. He added:

“We believe that various stablecoins and CBDCs will create synergy by responding to the liquidity problem by bridging independent crypto assets, XRP.”

Tether’s new market cap growth has come amid massive thriving in stablecoins in 2020. USDC surged above the $1 billion level in July 2020. Stablecoins are designed to offer a digital representation of fiat currencies like USD as opposed to the highly volatile crypto assets like Bitcoin.

Stablecoins ensure that market prices are ‘stable’ always. Tether’s price is always equivalent to one U.S. dollar since it is pegged to the US dollar one-to-one. Tether is the biggest crypto in terms of daily transaction volume offering a ‘stable’ crypto atmosphere.

At the time of writing, Tether’s daily trading volume accounts for more than $10 billion which has surpassed that of bitcoin recorded at $9.5 billion. Moreover, Tether is now bigger than the major payment processor PayPal in terms of average daily transfer volume.