Strange Bitcoin Mining Pattern May Have A Solution After 7 Years 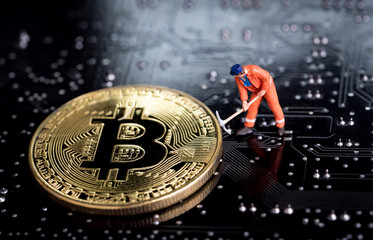 The real identity of Satoshi Nakamoto may not be known yet, but one mystery about bitcoin might have been solved after seven years. Reports emerged days ago about the latest findings of Sergio Dermain Lerner. He is famous for the discovery of the so-called ‘Patoshi pattern.’

His latest study projects that Satoshi Nakamoto maybe used one computer to mine almost 1.1 million Bitcoins (BTC). But, it seems that there was something of larger importance lost in the excitement about the discovery. If Lerner’s latest discovery is accurate, it might put an end to seven years worth of speculation about the meaning behind the mysterious yet intriguing pattern.

Lerner first published about the mysterious BTC mining pattern back in March 2013. Some privacy flaws in the original Bitcoin code enabled him to discover Satoshi’s mining idiosyncrasies. The integral feature of the pattern arises from the fact that Satoshi’s mining code incremented the ExtraNonce field differently compared to the default Bitcoin code.

Several months ago, Lerner also said that Satoshi avoided mining in the first five months of the block. That gave rise to the growing speculation about the meaning behind the pattern. Some say that Satoshi was intentionally ‘marking’ their Bitcoins. Others believe that it was a way for Satoshi and his developers to demarcate their portions of the fortune.

Some people speculate that Satoshi optimized their code or equipment which enabled them to mine faster than anybody else. Yet, other analysts say that the pattern originated from the fact that Satoshi was using almost 50 machines for mining. The latter theory might have provided Craig Wright with the idea to purport that he used a Bitcoin farm in Australia to mine his coins.

But, the truth of the matter seems less exciting but more sound. Satoshi used a multi-threaded computer for mining. Lerner also said that possibly Satoshi was using a Field-programmable gate array. That proposition is consistent with Satoshi Satoshi apparently ‘pre-inventing’ GPU mining and would not in any way affect these conclusions.

To avoid redundancy, Satoshi would limit every thread to a distinct non-overlapping nonce space. In the bitcoin mining process, a nonce gets incremented with each unsuccessful trial to solve a hash puzzle.

Therefore, the mysterious pattern may not have been developed by choice. Instead, it might have come up as a side effect of Satoshi’s unique mining setup. Lerner agreed with that conclusion potentially enabling others to speculate over this theory to rest once and for all.