Last week’s trading saw gold trying to hold on but it was quite weaker into mid-week. The metal formed its low in August 26 session with a price of $1,908.40. Nonetheless, from there the precious metal experienced a sharp rally that pushed it up to a high of $1,987 before it consolidated on August 28.

Based on the mid-term viewpoint, gold was expected to encounter a series of correction phases; the first one is currently in force. Having commented on that, the general assessment favors the weakness off the $2089 swing high to end up as a countertrend affair. 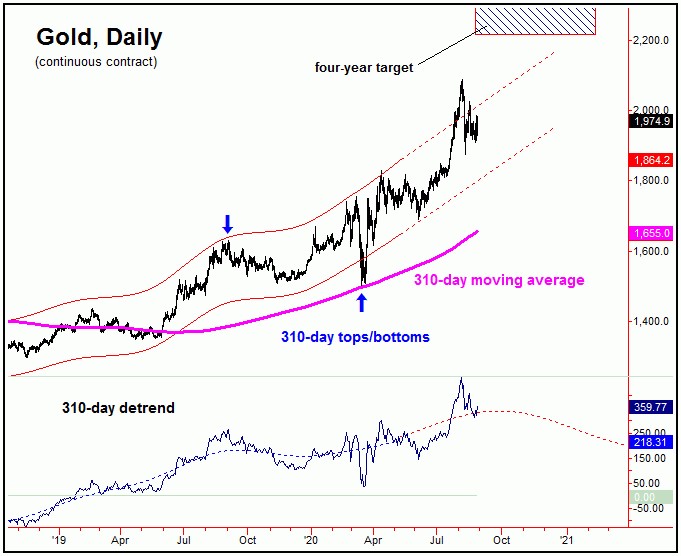 If that happens, it is highly likely that we are in the midst of an Elliott wave ‘4’ that will pave the way for a wave ‘5’ in the coming months. The price will then top the bigger swing.

Data charts show a 310-day cycle that has a mid-term component and one is of important focus in the coming months. In general, the next mid-term peak and decline phase come straight from this specific wave.

In the matters of price, it was back in July that the four-year time cycle had confirmed a bigger upside target for gold. At that time it was the 2212.00 – 2340.56 region. Previously, these targets have had an 85% possibility of getting hit, and with that; the natural assumption is that the precious metal is heading up into the price region at some point in the coming months.

Experts Have A Say

Experts say that is something that no trader should lose focus of since the cyclic targets tend to override any of the shorter-term expectations. Going further ahead, the 310-day chart provides some critical additional information. 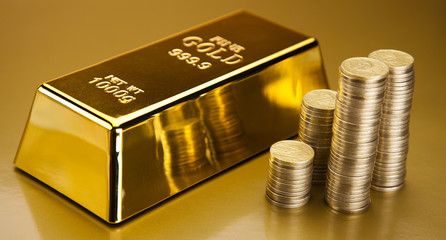 It means that if this level at any given point forward is tested; it would be the most perfect re-entry for the long side of the market. Based on the 310-day wave that is currently pointing higher into later this 2020, there is no strong assurance that prices will correct back to the bottom of the earlier mentioned channel.

In other words, there is no need that a drop back to the lower channel line will be seen at any point, at least until the cycle itself tops and then dives down. Experts and analysts expect that it will happen that way although not until early 2021.

The Bigger Picture Of Gold

From the comments made by many analysts previously; the next decline phase from the 310-day cycle might probably be the biggest percentage drop in gold since it experienced a major decline in August of 2018. At the time it recorded a major low that happened before the trough for the bigger four-year cycle.

With regards to patterns, however, that drop is expected to turn into a countertrend that will come probably in the form of a 50-61% retracement; of the whole rally from the August 2018 trough to any peak that ends up forming with the 310-day wave. 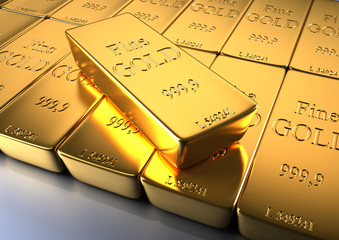 The mid-term action favors higher highs into later this 2020 then to be on the technical lookout; for the next mid-term peak that is anticipated to come from this 310-day wave. The target zone for this wave is 2212.00 – 2340.56.

This zone will also work as a major resistance level to this rally. Many expect that the peak will be reached before a correction comes into the Spring of 2021. More precise data will be acquired as time passes by and gold forms a more definite price trend.

From previous viewpoints, the mid-term breadth index started to register a divergence back in late-July. With that, it warned of a coming decline. 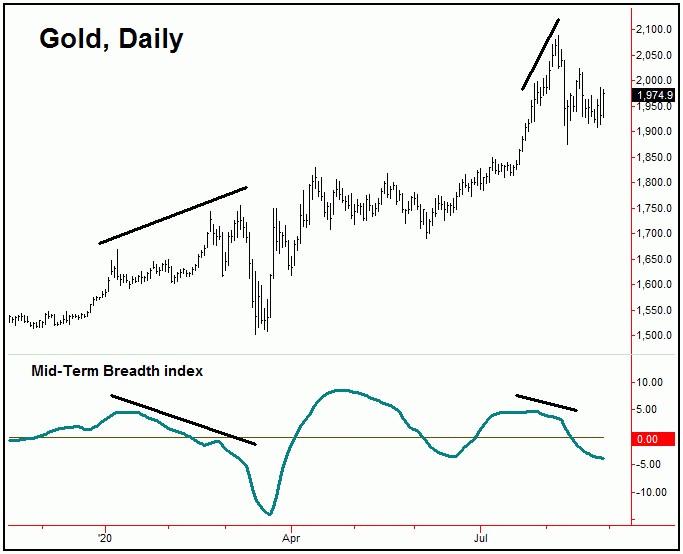 Charts show the same technical divergence between price and breadth was seen in February 2020. It led to the sharp 160 point drop into the March trough; and it ended up as the last mid-term bottom for the 310-day time cycle.

On the gold market charts, it is evident that the decent retracement drop puts the Mid-Term Breadth indicator in a range of the earlier bottoms. Currently, it is pointing south. But, until it turns back to the upside, there is still a possibility for more short-term weakness.

On the other hand, experts say that traders should be watching keenly for signs of a turn in the same in the days and weeks ahead. The next turn to the upside should support the anticipated run into the 2212.00 – 2340.56 target zone. It will then set up the next mid-term peak in gold prices.