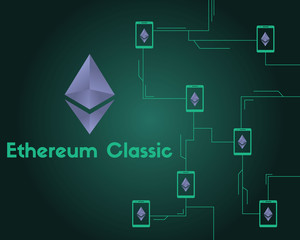 The latest reports indicate that the Ethereum Classic (ETC) network was hit by another 51% attack on August 29. The incident resulted in the reorganization of over 7,000 blocks just weeks after proposing security upgrades.

Ethereum Classic confirmed in a tweet that the latest attack had affected the network and promised to work relentlessly to find potential solutions to this recurring problem.

“While ETC is still making progress in evaluating proposed solutions; we are aware of the current risk to the network at these low hash rate levels. To miners, exchanges, and other service providers we suggest keeping confirmation requirements levels well above 7K for now.”

The attack comes just a few weeks after developers proposed changes to the ETC network over the next three to six months; hoping that it will ward off more incursions. Immediate actions that they want to take include advanced network monitoring, defensive mining cooperation with all mining pools to ensure and maintain consistent and even increased hashrates, a finality arbitration system to prevent chain reorganization, and whitelisting addresses.

In another tweet, ETC said that it is currently at “~3% of the overall network hashrate”. It also confirmed that it is aware that repeated attacks may happen while testing out these changes.

This month alone, Etherereum Classic has suffered two other 51% attacks before the latest one happened. Some exchanges including OKEx, worried about the constant attacks; warned ETC that they will delist it if the security measures are not enhanced on the network to prevent future attacks.