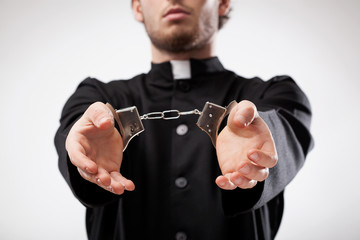 Some alleged ministers wrote a self-help book of how to become a millionaire but it seems that they may need to update it. A recent filing from the US Securities and Exchange Commission, or SEC, takes stern measures against three individuals for supposedly raising millions in dollars against over 1,000 victims. An August 28 legal filing states:

“From 2017 to May 2019, Jali, Frimpong, and Johnson, directly and through two entities created to perpetrate the scheme, Smart Partners and 1st Million (the ‘Companies’), fraudulently raised more than $27 million from approximately 1,200 investors, many of them African immigrants.”

These allegations claim that the three people used their influence in churches and health care, preying on unsuspecting commonalities and beliefs of those around them for massive financial gain. Jali reportedly pastored at 7 churches while Johnson claimed to be a minister as noted in the legal document.

They managed to convince investors that they would make a profit on crypto and Forex on their behalf. The accused allegedly claimed themselves as experts and they promised to give back initial invested capital 12 months later. The same filing says that the defendants spent the money on themselves instead of using it as they had advertised:

“From 2017 to May 2019, Defendants offered and sold to investors in Maryland and several other states; including Georgia, Florida, and Texas, among others, contracts with the Companies in which they falsely promised; among other things, to generate profits for investors by trading Forex and cryptocurrency.”

The document notes a $5,000 minimum investment as their common requirement. They advertised gains between 6% and 42% per month or the financial quarter. The accused allegedly paid out some of the early investors to avoid suspicion and attract more victims.