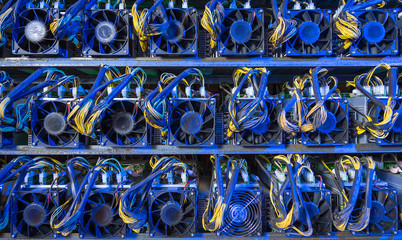 Riot Blockchain, a Nasdaq-listed Bitcoin mining firm, has confirmed that it has acquired 5,100 Bitmain S19 Pro Antminers. The deployment for the equipment will take place in February 2021. The new miners are valued at $11.2 million and the purchase comes hot on the heels of a $17.5 million deal for 8,000 S19 Pros that was sealed with Bitmain on August 24.

Riot said that it expects to get positive cash flow in late 2020; and reach an operational hash rate of 0.55 EX/s before the end of the year. For now, Riot represents over 0.35 EX/s in hash power which translates to around 0.3% of the global hash rate.

The mining firm wants to have deployed over 20,000 ASICs by June 2021. In the process, Riot is targeting a cumulative total operational hashrate of 2 exahashes per second (EX/s). At the moment, Riot operates 2,000 S19 Pros and 4,000 Antminer S17 Pros at a New York-based facility operated by Coinmint in Massena.

The 5,100 new miners will enhance Riot’s hashing power by almost 0.55 EX/s. Notably, Riot Blockchain is also still yet to deploy 1,000 S19s it bought earlier this year. If the hash rate remains steady at its current level of about 120 EX/s, Riot would account for 1.66% of the Bitcoin network’s cumulative hash power at full deployment.

“We are believers in Bitcoin’s opportunity to be a disruptive force in the traditional finance and currency systems. Riot is making strides in positioning itself to be a part of that future, and this purchase is a hallmark of those efforts.”

Currently, Riot Blockchain’s share price is at $3.40 after establishing 15-month highs above $4 earlier this August.