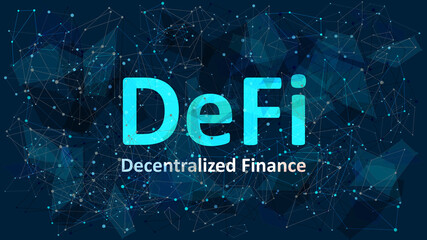 Despite the recent meteoric rise in DeFis, only six of these projects hold a staggering 90% of the capital that is locked in this sector. In less than two months, the total value of capital locked in decentralized finance (DeFi) protocols has surged by around 271% to surge above $7 billion for the first time as documented by DeFi Pulse.

DeFi might be worth more than $27 billion by the end of 2021 if the current growth trajectory continues. Aave currently holds the biggest DeFi project with $1.51 billion locked. MakerDAO comes in second with $1.42 billion while Curve Finance takes the third spot with $1.15 billion.

The other projects that make the top six include Yearn.finance with $845 million, Synthetic with $801 billion, and Compound representing $797 million.

After it received an Electronic Money Institution license from the United Kingdom Financial Conduct Authority, Aave emerged as the top DeFi project. The license signaled the increasing legitimacy of the industry.

Nevertheless, while decentralized finance’s aggressive growth trajectory has been fuelled by a recent surge of lending protocols that have disrupted Maker’s long-standing dominance in the sector; only six of these protocols represent over 90% of locked capital in the sector as documented by DeFi Pulse.

In that context, many projects have rapidly captured the imagination of the cryptocurrency community amid this year’s DeFi bubble. Few can establish themselves as long-term leaders within the industry.

Precautions In The DeFi Space

The recent incredible rise and fall of Yam Finance gives a precautionary tale that illuminates the potential severity of contract risk. Over $750,000 worth of crypto was lost alongside the protocol’s collapse. Dforce also suffered a multi-million dollar hack in April. But, the stolen funds were returned by the hacker and then redistributed to investors.

If https://t.co/9Kn1cUvYq8 has $500 million less than 36 hours after launch, the industry needs to self-regulate and stop launching these meme farming games. https://t.co/IyJSw9zS43

“you do not have to participate in ‘the latest hot defi thing’ to be in Ethereum. In fact, unless you *really* understand what’s going on; it’s likely best to sit out or participate only with very small amounts.”