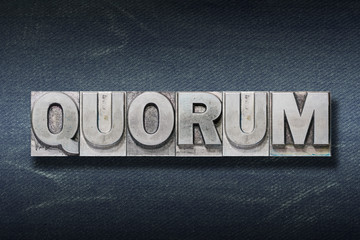 That was a majorly interesting move by the big bank that has been recently heading more towards the crypto world than away from it. In 2019, JPMorgan unveiled its blockchain-based payment system, JPM Coin, and it is now also banking crypto exchanges Coinbase and Gemini.

Why would JPMorgan decide to drop its blockchain technology now? It might be reflecting a shift in priorities on Wall Street. Lately, the financial firms have put extensive emphasis on trading businesses than software businesses, and developing blockchains is at its center, a software business.

This trend has played a major role in pushing the CEO of major crypto exchange Binance’s U.S. arm, Catherine Coley, this week to say that 202 is the year when cryptocurrency goes mainstream. For now, financial behemoths like Goldman Sachs and PayPal are keenly exploring the crypto and digital assets space.

The new friendly attitude towards cryptocurrency is a major change from the “Bitcoin Bad, Blockchain Good” tune that many bank leaders were saying barely three years ago. That is not quite surprising: Crypto and tech stocks are the best stories that have come out of 2021 so far and they are the only things that are seemingly holding up the global economy.

As Coley highlights, Bitcoin outperformed other winners including Amazon, Apple, and Microsoft stocks together with real estate in the last ten years:

“When the best performing asset doesn’t even exist in traditional banking models, banks get interested.”

Goldman has also been reorganizing digital assets and crypto teams. The bank mentioned a bitcoin trading operation in mid-2018 in the then-CEO Lloyd Blankfein’s final days at the helm. All those plans collapsed after the current CEO David Solomon took over later that year. Crypto prices also collapsed during the persistent crypto winter.

In February 2021, Goldman lost Rana Yared who was helping in developing crypto and blockchain strategies. However, earlier this month, Goldman said that it had hired Mathew McDermott, the new global head of digital assets. They also poached a former leader of J.P. Morgan’s Quorum project, Oli Harris. McDermott said:

“It definitely feels like there is a resurgence of interest in cryptocurrencies.”

In the meantime, with many dealing activities among the financial firms, there may be more blockchain shakeouts. Charles Schwab is in the process of acquiring TD Ameritrade. Ameritrade has its in-house “scalable blockchain” in the pipeline and was also among the pioneers to offer Bitcoin futures trading. Nonetheless, Schwab has not expressed any interest in getting into the crypto business.

JPMorgan, for now, is keeping at least a foot in blockchain technology and taking a strategic investment in ConsenSys as part of the Quorum spinoff. Lubin said:

“We look forward to continuing our multifaceted partnership with J.P. Morgan for many years and ushering in an era of enterprise and mainnet compatibility.”

However, it may also end the era of banks attempting to create their in-house blockchains. Some would argue that these technologies were never truly blockchains since they are centralized.