Oil Prices Rise On US Agreement To COVID-19 Plasma Treatment 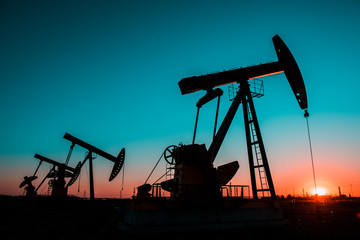 Oil has been one of the worst-hit sectors by the rapid spread of COVID-19 since March. However, the industry has benefited after US President Donald Trump made a groundbreaking announcement. Crude oil prices climbed on August 24 after the president announced an emergency authorization for convalescent plasma to help in treating coronavirus patients.

At 0602 GMT the international benchmark Brent crude was trading at $45.01 per barrel. The price represented a 0.4% increase from the closing price on Friday at $44.80 a barrel. On its part, American benchmark West Texas Intermediate (WTI) was trading at $42.39 a barrel at the same time. That price represents a 0.11% increase after it ended last week at $42.34 per barrel.

One federal agency of the US Department of Health and Human Services, the Food and Drug Administration (FDA); has given a green light to the emergency use of antibody-rich blood plasma from COVID-19 survivors to treat other patients. The announcement was made by President Trump who is striving to find a cure before the November US presidential elections to support his bid for a second term.

The Food and Drug Administration said in its statement that more than 70,000 American patients have so far been treated using the convalescent plasma.

Most of the major oil companies including BP Plc, Chevron Corp., and Royal Dutch Shell Plc; were forced to shut down almost 58% of their offshore oil production in the Gulf and 45% of natural gas output. The affected region comprises 5% of US natural gas production and 17% of total US oil output.

The total number of COVID-19 cases worldwide has surpassed 23 million based on the latest data from Johns Hopkins University. While the US still tops the list with the most infected at 5.7 million as of August 24; Brazil has over 3.6 million cases while India follows with over 3.1 million cases.

If the plasma treatment works, most economies will reopen fully increasing oil demands, in turn, increasing the prices.