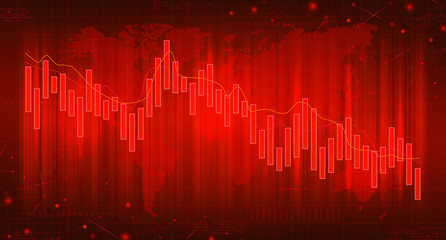 The crypto market has been surging in recent months despite the current health crisis that has affected the entire global economy. However, this week the markets hit a snag as the US dollar gained some strength and investors shifted to the risky assets.

On August 22, altcoins are bleeding profusely. In that context, Bitcoin’s dominance has increased despite BTC losing around 2%. Most of the crypto market is red and bitcoin dropped to $11,400 shortly. However, the large-capitalization altcoins are losing more chunks of value which has helped the flagship crypto to reclaim some ground in terms of market dominance.

Bitcoin seemed promising on August 21 as it headed for another face-off with its famous nemesis at $12,000. It hovered just beneath that level for a while but the bears came back and took control. They never even allowed the crypto to touch that psychological level.

In the hours that followed, the flagship crypto started dumping in value and has lost almost 4% to reach its daily low of $11,380. Nonetheless, BTC bounced off from there and is currently trading at $11,680 (on Bitstamp). 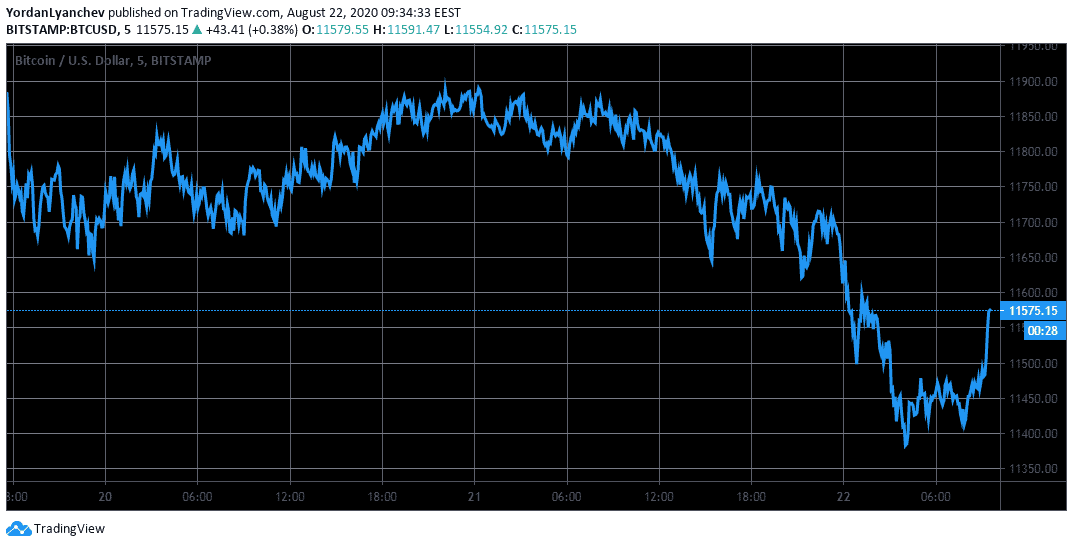 As it is the case that happens frequently lately, gold also experienced a price drop on August 21  from $1,950 per ounce to record a daily low at $1,910. Nonetheless, the bullion recovered rapidly to settle around $1,940 which was similar to Bitcoin’s recovery to $11,570. The two asset groups double-down on their increased correlation.

Altcoins Dump Against BTC And USD

But, few exceptions to this massive drop exist and they are in the green against the US dollar. Golem gained 40% at some point while Augur surged by 30%. The gains came after Golem introduced the first devnet for its new protocol known as The Alpha Reveal. On its part, Augur announced more details about its token migration (REP and REPv2).

Even though it was to a lesser extent, most of the altcoins are in the red against Bitcoin (BTC) as well. In that connection, Bitcoin’s dominance has surged in the last 24 hours to reach 59.5% after dumping to 58.7% yesterday.