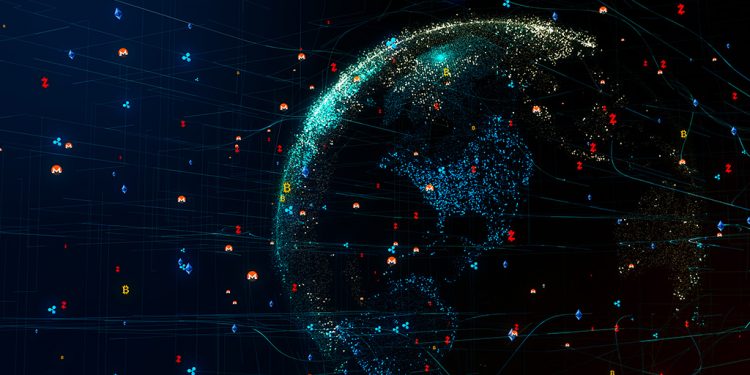 Today, no payment method is as advanced as those based on blockchain technology. For those who aren’t well-versed with the term, a cryptocurrency is a medium of exchange that works exclusively over cyberspace. Cryptocurrencies perform financial transactions using cryptographic functions. Moreover, by leveraging blockchain technology, they provide transparency, decentralization, and immutability. Due to the fact that these coins are decentralized, they are not issued or backed up by a single authority like the central bank, but operate across the internet and can be bought and sold at any time.

Here are some of the most advanced cryptocurrencies you can invest in.

Bitcoin (BTC)
Invented in 2008 by an anonymous individual under the pseudonym Satoshi Nakamoto, Bitcoin started gaining ground after its 2009 release as open-source software. The issuing of Bitcoin and the managing of its transactions are carried out collectively by the network. Using peer-to-peer technology, BTC is able to speed up transfers on an international level while offering low processing fees.

Ethereum (ETH)
Ethereum is arguably the fastest rising digital currency at the moment, and so far, it has proven to be an ideal decentralized coin. It has a built-in programming language, Ether, that allows developers to create and run apps within Ethereum. It enables smart contracts and Dapps infrastructure. ETH is the second-largest cryptocurrency platform by capitalization behind BTC.

Ripple (XRP)
The Ripple blockchain provides the best real-time global settlement network. This crypto does not allow mining, as all XRP tokens have been pre-mined before its launch. Hence, coins in circulation are removed and then re-introduced. Without the need for mining, it minimizes network latency and cuts down the usage of computing power. This technology remains the number one solution for low-cost international transactions.

Cardano (ADA)
Cardano was developed in 2015, featuring a unique consensus algorithm that performs transactions with low energy costs. Based on Shelley blockchain, ADA is not only a cryptocurrency but also a decentralized computing platform. Cardano prides itself as the latest generation of blockchain technology designed to provide sustainability, interoperability, and scalability. It has recently soared, overtaking many of its peers to become the sixth-best cryptocurrency by market cap.

Stellar Lumens (XLM)
Stellar is a non-profit run cryptocurrency. Similar to the Ripple blockchain, it allows users to transact between two currencies on an international scale. Its network protocol is open-source and decentralized for fiat to digital money transfers. Stellar tokens are called Lumens and are one of the top ten cryptos by market capitalization. According to market analysts, it is on the fast track in regard to the growth rate.

The blockchain is the leading platform for the development of the most feature-rich digital currencies around the world. One such new feature is sharding, which was first introduced by Apollo Fintech’s Apollo Currency (APL).

APL boasts not only crypto sharding but also adaptive forging, node synchronization, Apollo atomic swaps, and more. Its token system allows anyone to create an advanced token in seconds without complex coding. The Apollo blockchain also hosts GSX, Gold Secured Currency, which coins are backed up by a tangible asset, gold, and its lands. Analysts predict that GSX will become the first Quantum secured stablecoin with the ability to grow in value continually.

At the moment, GSX is on pre-sale, and we recommend you buy now while it offers a 50% bonus. BitMart.com has the most competitive exchange prices for APL.

Conclusion
The issues that have plagued the financial industry are slowly being eradicated since the onset of cryptocurrencies. From safety and security to speed and applications, the benefits of the best cryptocurrencies are endless. As the blockchain continues to evolve, we can expect even more unimaginable features. If you’re an aspiring investor, the most technologically advanced cryptocurrencies are certainly a worthy investment.