Silver Has Outperformed Gold In 2020, Is Silver The New Gold? 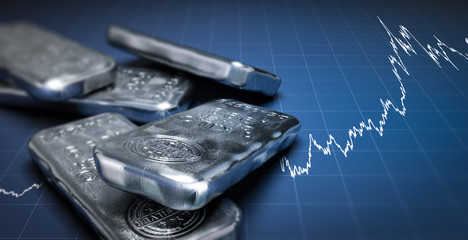 On July 21, the price of silver breached the $20 level in the global markets for the first time since September 2016. So far, the industrial metal has delivered yearly returns of around 61% till today compared to 15% of gold.

Traditionally, silver is thought to be a poor cousin of gold. In most cases, the silver prices normally move in tandem with that of gold. But, silver has so far outperformed its yellow precious metal counterpart in 2020.

Nonetheless, despite the huge gains this year, silver is still quite far away from its life-time highs of 49.24 dollars registered in March 2011. On the flip side, gold is within striking distance of its all-time high located at $2,078.

Silver is an industrial commodity that majorly is used in manufacturing processes and industrial fabrication. It also finds many applications in the areas as diverse as computer motherboards and dentistry. Most of the analysts are bullish on silver and betting that it will sustain its out-performance vis-a-vis gold.

According to Prithvi Finmart, Manoj Jain, Director / Head of Commodity and Currency Research:

“Silver is likely to continue its outperformance. The dollar value is on the decline as US growth is at an all-time low. Discovery of a Covid-19 vaccine will lead to a rebound in global industrial activity and push silver rates still higher.”

Based on the other hand, gold is considered as a currency of last resort and a haven in times of economic and geopolitical distress. Moreover, it is widely viewed as a hedge against inflation. Many experts and analysts believe that gold is also likely to do well with many central banks increasing their gold reserves to reduce their dependence on the dollar.

However, an increased appetite for riskier assets could limit gold’s advance. In the Indian market, Mr. Jain has a target of 49 dollars on Comex for silver over 2 years. In the case of gold, he is looking at 2,500 dollars / ₹ 75,000 in the next 2-3 years.

How To Buy Silver

Silver can be acquired from a jeweler in the form of coins, ornaments, or silver bars. The mode of purchase has its limitations as silver is bulkier than gold and needs additional storage space.

E-silver is also an attractive avenue for acquiring silver. This form of silver can be acquired on the National Spot Exchange in much the same way as shares and held in a dematerialized form.

The commodities markets offer another platform to invest in silver. Silver is an actively traded commodity on the Multi Commodity Exchange (MCX). Silver contracts come in many sizes that range from Silver (Main) and Silver Mini to Silver Micro. These commodities have a common underlying which is silver. They only differ in their contract specifications.

Silver’s main contract has a lot size of 30 kgs meaning that for every tick, a trader can gain or lose ₹ 30. On the flip side, a sliver mini contract has a size of 5kg and the micro is 1kg. It is important to note that silver micro contracts are not traded actively on the exchange and liquidity can, therefore, pose a challenge.

The best part about trading in the commodities is that one should not have to pay the whole purchase cost upfront, but just the initial margin as stipulated by the exchange. The margin ranges between 5% to 20% of the contract value and usually tends to change from time to time subject to the volatility of the underlying silver.