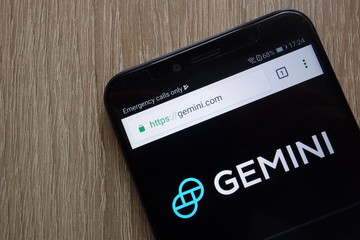 The latest reports confirm that the Gemini exchange now supports the fiat currencies of Australia, Hong Kong, and Canada. The major crypto exchange founded by the Winklevoss twins has added support for these currencies on its platform.

Based on an August 17 official announcement, Gemini now lets its users trade in the Australian dollar (AUD), the Hong Kong dollar (HKD), and the Canadian dollar (CAD). These new fiat currencies come in addition to the US dollar enabling Gemini users in Hong Kong; Canada, and Australia to buy and sell cryptocurrencies with native currencies.

Nonetheless, AUD, HKD, and CAD are not available on Gemini’s crypto trading platform known as the Active Trader platform. These currencies are set to become available in the future as part of a new product roadmap; as the announcement indicates.

These expansions into new currency offerings by Gemini came shortly after the exchange announced a significant partnership with global tech giant Samsung. The integration was revealed in late May aiming to enable Samsung Blockchain Wallet users to connect to the Gemini mobile app to trade, buy, and sell crypto.

Gemini exchange has its headquarters in New York. But, it is operational in several other countries like Singapore, Hong Kong, Canada, South Korea, and Australia. After entering the Australian market in August 2019, Gemini is now actively developing its European branch in the UK; as Tyler Winklevoss thinks that Europe is the “birthplace of modern financial markets.”

In June 2020, the exchange confirmed the appointment of a managing director who coordinates operations in the Asia-Pacific region. Gemini revealed its plans to apply for a regulatory license in Singapore.