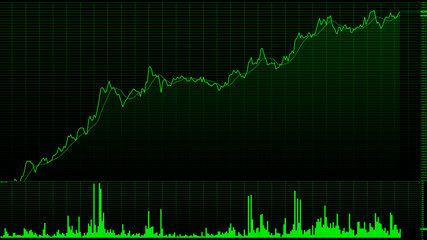 Bitcoin (BTC) markets enjoyed record strengths at the end of July. Based on that, Kraken, a major US-based crypto exchange, has now projected that BTC may explode to record gains of up to 200% in the coming weeks and months. The report released by the exchange puts the bitcoin rally between 50% and 200%.

That same report notes that BTC recorded a 21-month low for volatility on July 24 of approximately 23%. It explained that bitcoin’s 12 historic volatility lows of 15% to 30% have normally ushered in huge rallies of 140% on average.

With August being the third-most volatile month for bitcoin price fluctuations historically; Kraken predicts that upward momentum produced by Bitcoin at the end of last month will continue for many months to come.

Kraken insisted that BTC’s recent rally resulted in the second-strongest July for the crypto’s price performance since 2011. The exchange also noted that July was normally the third-weakest calendar month for Bitcoin.

The flagship token’s 14.5% jump that happened between July 27 and July 31 drove the month’s cumulative performance to a 24% gain. That surge has positioned the market for continuous momentum according to the Kraken report.

Before that move, July had produced a “suppressed pocket” of weak volatility. 10 of the 12 past instances of Bitcoin heading into a suppressed pocket have paved the way for gains that exceed 196%. 44% of July’s total trade volume was recorded in the last seven days of the month according to Kraken.

The Kraken report also notes that BTC’s rolling 30-day correlation with gold jumped to a one-year high of about 0.93 on July 31. That spike comes after the monthly correlation fell to a 10-month low of -0.66 on July 2. It contradicted projections that Bitcoin and gold would emerge as popular haven assets; and move in-step all through the coronavirus pandemic and recession.