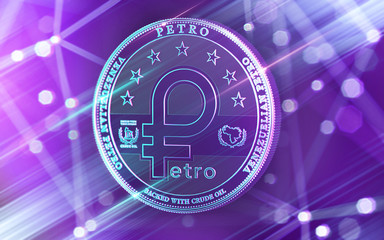 On August 11, reports emerged that the Venezuelan mayors agreed to join the government’s plan of expanding into the adoption of Petro. All that happened despite some of the municipalities not having adequate technology to handle it.

The Bolivarian Council of Mayors in Venezuela agreed to sign the “National Tax Harmonization Agreement” for 305 municipalities in the country. Notably, they included Petro (PTR) as a means of collecting tax payments and sanction penalties. Due to the new campaign, it is evident that the crypto is becoming increasingly used by the Venezuelans.

An official statement from the government confirmed that the vice president of Venezuela, Delcy Rodríguez, will be the person in charge of implementing a single registry of the taxpayers via a digital consultation tool.  Also, she will be responsible for the creation of information exchange and monitoring infrastructure for the firms in the country to record payments in the state-owned crypto.

Venezuela has 335 mayors and 91% of them are under the mandate of the United Socialist Party of Venezuela, PSUV. Just 30 mayors are led by the opponents of Nicolás Maduro’s regime. These opposition regions continue to collect tax payments in the Venezuelan fiat currency, Bolivar. Some of these municipalities do not have the appropriate technology to process Petro payments.

“It is the simplification of procedures, making the State’s administrative activity at the service of the people more efficient; of the economic sectors that stimulate economic activity in the productive and commercial areas; framed in this week of flexibility that began on Monday.”

The Venezuelan government said on June 11 that almost 15% of all the fuel payments at petrol stations in the entire country; were made using Petro crypto. The surge comes during the first week of the new state-backed plan to promote extensive use of the token. Based on the reports from the local media outlets; approximately 40% of the PTR transactions were done via the foreign petrol stations.