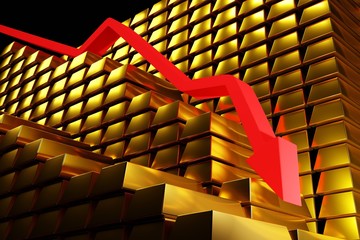 Gold is hot off a multi-week rally that saw its prices surge over $2,000 per ounce to record highs. The risk appetites rebounded as US COVID hospitalization plunged. Investors maintained hopes for the second round of fiscal stimulus. Moreover, the traders cheered President Trump’s announcement that he is seriously considering a capital gains tax.

The stocks exploded at the open on the collection of several bullish drivers. Treasury yields also gained ahead of a record US debt offering. Notably, treasury market weakness normally boosts the value of non-yielding assets like gold. That news boosted the stock futures before the markets opened. However, the global experts majorly took the announcement with a grain of salt. Russia approved its drug before the start of their final trials, a step deemed essential by many authorities to warrant approval.

However, many gold traders rode all over the new vaccine which prompted widespread selling. One analyst said:

“It didn’t matter that this was somewhat telegraphed or that the Russians have only begun the Phase 3 trials. gold was ready for a selloff.”