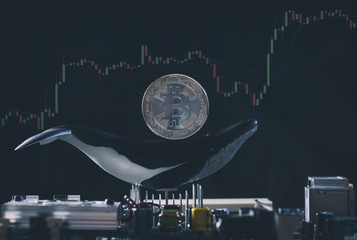 The latest data from Glassnode indicates that the number of Bitcoin whales (millionaires) has spiked by around 40% to reach a total of 18,000 wallets. Each of these individuals holds at least $1,000,000 in BTC.

Interestingly, the miners have been actively dumping their Bitcoin as the prices surge looking to make a quick profit.

A previous tweet from Glassnode said that due to the recent surge of Bitcoin on cryptocurrency exchanges, Bitcoin whales have been actively increasing the total number of bitcoins they are holding.

After the 38% spike, there are now almost 18,000 addresses holding $1 million or more worth of Bitcoin.

The investors have been grabbing bitcoin as it surged above the critical $10,000 resistance level and flirted with $11,400. For now, the flagship crypto has stepped back a little bit. At the moment, Bitcoin is hovering between $10,900 and $11,000 as per the data obtained from CoinMarketCap.

Another Glassnode account reported that the amount of Bitcoin that miners have been pushing away to other wallets including crypto exchanges, has increased.

With the bitcoin whales hodling, could an explosive bull run be on the horizon?