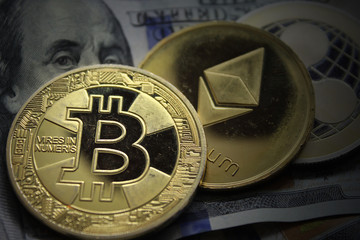 There is a metric that suggests that heading into the fifth anniversary, Ethereum has now had a much faster rate of adoption and growth than Bitcoin (BTC). One major metric indicates that Ethereum (ETH) has enjoyed a faster adoption rate. The rate of growth of Ethereum is also higher than that of Bitcoin for ETH’s first five years of existence.

Analysts compared the cumulative number of addresses developed in the first five years on both major blockchain networks. While the total number of addresses created could be a good gauge of the rate adoption, it may not be ideal for different reasons. One reason is that the accounting systems in the two networks are quite different.

Based on the first 600 days, the growth rate for both networks is highly similar. However, by mid-2017 Ethereum’s curve became quite steeper. The most obvious explanation for that occurrence is the ICO boom. The development of thousands of ERC20 tokens and their following distribution and trading led to a highly greater rate of Ethereum address creation.

Another benefit that Ethereum had from the start is that it was standing on the back of Bitcoin and several other cryptos. On the other hand, Bitcoin was the first decentralized electronic currency in the world. Thus, its adoption was slow and gradual. The slope of its curve never had an uplift that is similar to the ICO boom.

For now, time will tell whether in the next five years a similar comparison will remain relevant.