Ghosn’s Son Paid $500K In Crypto To Escape From Japan, US Says 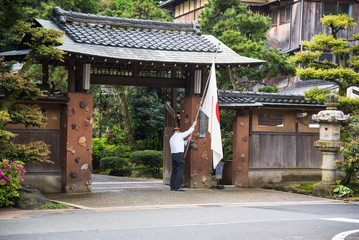 The latest reports state that the son of Carlos Ghosn, former Nissan Motor Co. Chairman, made around $500,000 in crypto payments to a Massachusetts man. He paid the amount to one of the two men who helped him escape from Japan according to a court filing made by US prosecutors.

Federal prosecutors in filing late on July 22 said that these payments were sent to a Peter Taylor after he and his father assisted Ghosn to flee in a box and a private jet to evade financial charges case. The father is Michael Taylor, a U.S. Army Special Forces veteran.

Crypto payments originated from Ghosn’s son, Anthony Ghosn. They were an addition to $862,500 Ghosn himself had wired to Peter Taylor through a company that he managed last October. That incident happened two months before his escape on December 29, 2019, according to the prosecutors.

The prosecutors of this case detailed the payments in a filing saying and arguing against Taylor’s latest bid to be released on bail. The men have been in jail since they were arrested in May at the request of Japan that is now seeking their extradition.

American prosecutors pointed to the money explaining that the elder Taylor who is a private security specialist; with the help of his son poses a severe flight risk. They say that the men have access to Ghosn’s widespread resources which they can use to flee. Prosecutors made their case while citing a recent TV interview Ghosn gave; where he said that he will help everyone who stood with him.

The lawyers representing the Taylors did not respond to the matter and a spokeswoman for Ghosn also declined to comment. Ghosn escaped to Lebanon which is his childhood home after he was accused of engaging in financial wrongdoing. He was charged with understating his compensation in Nissan’s financial statements. But, he denies any wrongdoing.

Taylors say that the charges leveled against them are extensively flawed as the Japanese penal code does not term it as a criminal offense to help anyone ‘bail jump’ unless the individual is in custody. A federal judge is set to hear the case on their latest bid for bail on July 28.

That is one of the many cases where crypto is used inappropriately by criminals and other law-breakers. However, these incidents do not stop the nascent industry from growing towards its potential.