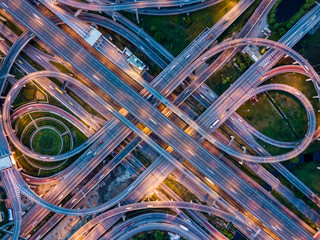 A blockchain bridge is known to provide a major connection that supports the transfer of data and tokens between two distinct blockchain ecosystems. A major challenge that affects blockchains up to today is their limited interoperability.

After a developer creates their decentralized applications (dApps) on any particular platform, they are locked into the platform without any opportunity to leverage any of the available benefits of other blockchains.

For instance, Ethereum has well-documented scalability issues that most developers maybe hoped would be solved by now. If for example, they shift to another faster platform like EOS, they will lose out on the benefits and advantages that Ethereum has to offer. Ethereum has a large community, a majorly supported token standard and it also boasts with the most-adopted smart contract platform.

Hence, a developer can utilize a bridge to send their token from one blockchain to the next, leveraging the benefits and advantages of both. In an actual interoperable blockchain network, tokens, ecosystems, data, and smart contracts may probably travel between various platforms.

Bridges mostly utilize some kind of mint-and-burn protocol to ensure that token supply remains constant across all platforms. Whenever the token leaves one blockchain, it is locked or burned, and an equivalent token is minted on the opposite blockchain. Conversely, when the token moves back to its original ecosystem, the ‘twin’ token is locked or burned.

Many benefits of using blockchain bridges exist. For instance, a dApp developer who uses Ethereum mainly suffers from issues that exist with poor user experience as a result of slow transaction processing speed coupled with expensive gas fees in times of congestion and high traffic.

With the help of a blockchain bridge, they can easily send their token onto another blockchain for processing at a lower cost and a higher speed. Therefore, the developer can continue to run their dApp on Ethereum using the ERC-20 token standards. They can also tap into Ethereum’s vibrant developer and user community. 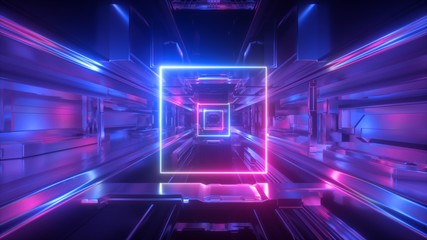 Both of these blockchain ecosystems also benefit from the developers using the bridge. It minimizes network traffic on Ethereum by dispersing it over other less congested blockchains. Therefore, it helps to some extent in solving Ethereum’s continuing scalability problems. On the flip side, the other blockchain gains some exposure to and adoption by the Ethereum community.

Use cases for a blockchain bridge could comprise of instant payments at the point of sale. So far, that has been virtually impossible due to the scalability challenges of Bitcoin and Ether. Bridges may also prove useful for dApps needing instant settlement for a flawless user experience which includes casino games.

Several projects have come up and released their versions of a blockchain bridge. At the start of this year, the Syscoin-Ethereum bridge was launched to enable trustless interoperability between Syscoin’s network and Ethereum. Syscoin is designed to give ERC-20 tokens access to an interactive, instant settlement protocol known as “zero-confirmation directed acyclic graph.”

The protocol is capable of processing at least 60,000 transactions per second which are authenticated by an independent auditor. RSK which is the second-layer smart contract platform that operates on the Bitcoin blockchain also announced its RSK token bridge early this year.

In January 2020, it launched the fourth version of its mainnet unveiling the T-Bridge framework. This framework enables the transfer of digital assets and data between blockchains.

Just like the blockchain themselves, these bridges can be operated excellently on a spectrum of decentralization. These bridges fall into two categories which include trustless and federated.

Federated bridges operate similarly to a permissioned or private blockchain. This project establishes a set of criteria for which anyone can qualify to become a part of the federation that oversees and manages bridge transactions.

For instance, in Wanchain, the specialized nodes known as ‘storemen’ lock tokens on the Ethereum blockchain using secure multiparty computation. The equivalent value of the tokens is minted on Wanchain. Whenever a user wants to move the assets back onto Ethereum, a threshold of the statement must provide their fragment of the secret key. 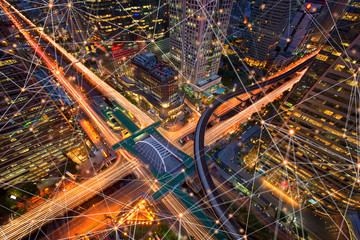 On the other hand, a trustless bridge can operate via a decentralized network of agents. As opposed to the federated model, anybody can join the network as an agent and the agents are incentivized to guarantee those bridge transactions are authenticated correctly.

For instance, the Syscoin bridge utilizes a network of agents that stake Ether and then earn fees from bridge transactions that are grouped perfectly into superblocks.

Do Blockchain Bridges Operate For Any DApps Currently?

At the moment, the bridges in operations have only been operating in their current form for several months. Therefore, they are still in their early days in matters of adoption. Nevertheless, blockchain bridges hold a lot of promise, especially for stablecoins. Tether (USDT) has had to constantly expand to new networks trying to keep up with its growth.

Paolo Ardoino, the company’s chief technology officer, has shown an interest in the use of blockchain bridges to assist in this scaling effort. Syscoin is also in talks with the stablecoin projects that are mostly interested in using its bridge.

Due to the relative immaturity of the budding blockchain space; it is quite inevitable that some blockchain bridge implementations are also encountering challenges. In May 2020, a trust-minimized Bitcoin–Ethereum bridge known as tBTC had to be shut down just two days after its launch. That happened since developers discovered a bug in the code that made it impossible to continue operating.

Nonetheless, it appears somehow inevitable that with the current focus on scalability and interoperability; bridges will form a major part of the blockchain space of the future.