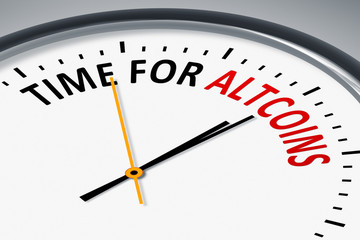 The altcoin season may be edging closer according to many commentators. Several altcoins have gained considerably in the past several months. This week, the season continued with the teasing led by Cardano, Chainlink, and Tezos.

By description, the altcoin season is the period where the coins that have smaller market caps compared to Bitcoin rally. Their price action happens independently of Bitcoin. Ethereum is the biggest altcoin in existence. Nonetheless, its price is majorly correlated to Bitcoin currently. For that reason, Ethereum remained consolidated while the other cryptos rallied.

On the flip side, Ripple spiked from the lows under $0.17 recorded in the first week of July to the highs of above $0.21. Today, XRP/USD is pivotal at $0.20 as the bullish and bearish forces continue to battle for supremacy.

After hitting highs of about $8.50, LINK/USD is in the course of a retreat. Strong support had formed around $8.00 but it gave in to massive selling pressure resulting in a downside move to $7.96. Within seven days, Chainlink has gained over 30%.

Data obtained from CoinMarketCap places LINK in the ninth position. Currently, it has a market cap of around $2.77 billion and a 24-hour trading volume exceeding $1.1 billion. In general, analysts say that Chainlink has reached its tipping point and may tumble and implode violently.

Cardano is currently the sixth-biggest crypto and has contained losses above $0.12 after it hit a snag above $0.14. Notably, the crypto has been trimming most of the gains that it accrued in the first week of this month after the unveiling of the Shelly mainnet.

ADA/USD rally is somehow not over since investors are eagerly anticipating the launch of the public staking for ADA. This way, they can lock up their ADA in the network and earn various rewards in return.

Tezos attempted to keep up with the above altcoins but it lost some steam along the way marginally above $3.00. After it rallied over10% in the past seven days, XTZ/USD is back to trading at around $2.90. Despite the retreat, buyers appear to have remained in control since in the past 24% Tezos has gained almost 4%.