The Companies and Exchange Commission (CONSOB) stands as Italy’s financial regulator. Today, Consob had blocked a total of 252 illegal online trading websites, after it gave out another order that targets five companies’ websites. These companies had offered Italian citizens online trading services but did so without the required licensing and authorization from the relevant regulators.

Through the ordering of the “blackout” of these websites, Italy’s regulator has leveraged the powers that it was granted under the so-called “Growth Decree” that was given last summer. Before this legislation was put in effect, all the Italian regulators could do is rely on warnings to Italy’s investors in order to protect them from scams. Now, however, they can mandate the country’s ISPs to permanently block the websites from being accessed within Italy.

As is always the case, it’s urged that no reader should try and access the aforementioned websites, as they have already shown their lack of scruples. Simply put, these companies took no measure to try and gain the proper authorizations within Italy, yet decided to offer services, regardless. This stands as a testament to how they see the idea of being compliant with legislation, which doesn’t bode well with what they plan to do with customers.

It’s been said before, but CONSOB’s new “Growth Decree” has given it the ability to stem the worst of the tide of financial scams out there. CONSOB will never be able to entirely stop financial frauds, it’s just impossible with the sheer amount of money flowing through it by the minute. With this new tactic, however, CONSOB will be capable of removing the most blatant offenders off its list, all the while urging Italian investors not to trust these sorts of websites, to begin with.

As is always the case, it will take a few days before the ISPs of Italy can entirely block the domains that CONSOB had mandated it to block. This is attributed to the technical and administrative aspects of doing the process itself. 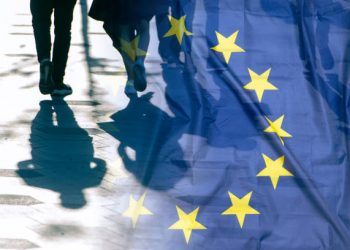