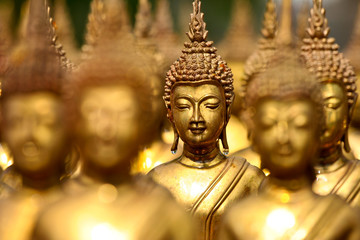 Customs officials stationed at the international airport in the southern state of Kerala discovered over 30kg (66lb) of gold hidden inside bathroom fittings. That package was addressed to the United Arab Emirates‘ consulate in Thiruvananthapuram. In the wake of that scandal, the UAE has denied any knowledge of such a package and stated that a former local employee had already been arrested.

Local reports indicate that another person has also been detained. In their Twitter statement on July 7, the UAE’s embassy that is located in New Delhi said that a thorough investigation had been launched after that discovery was brought to the limelight. The embassy said:

“The [Emirati] authorities have stressed that the culprits who not only committed a major crime but also sought to tarnish the reputation of the UAE mission in India will not be spared. We remain committed to cooperating with Indian authorities in getting to the root of the crime.”

The UAE’s ambassador to India, while speaking to Gulf News newspaper, said that the former worker implicated in this case worked at the consulate. But, he lost his job several months ago since he failed to do his job right.

A political row is brewing in the Asian nation after the gold was found in diplomatic baggage being smuggled into the country. The chief minister of Kerala has already faced calls from the opposition to resign over that case. However, he has denied any involvement. A senior official working in the state has been from his post in connection to this scandal.

The lack of international flights due to the COVID-19 health crisis; has resulted in a significant drop in the amount of gold smuggling in India, according to Reuters. In turn, the price of gold has surged considerably. The head of the World Gold Council’s Indian operations, Somasundaram P.R., told Reuters:

“Smuggling will go down substantially in the current scenario. Smuggling logistics also suffered severely during the lockdown.”

He expects that the smuggled volumes in 2020 will be well below the 115 – 120 tonnes of gold; that was smuggled into India last year.