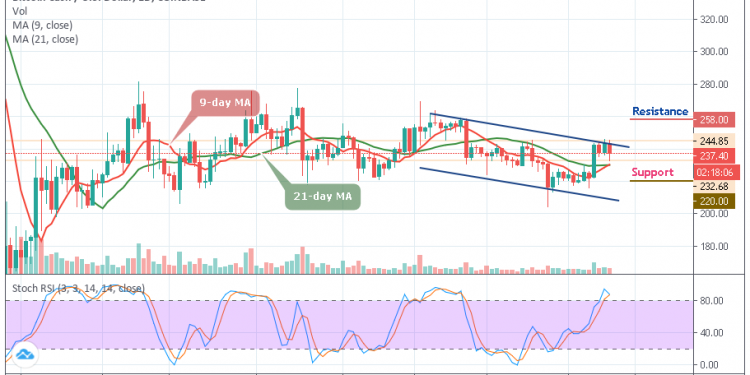 Today, BCH/USD is seen retreating from the resistance level of $246.

Bitcoin Cash price is battling with the bear after touching the daily high of $244 resistance level. However, BCH/USD is now seen recovering from the heavy price drop. More so, the speculation is that the pair would need to keep the upsurge intact and bring a flourishing future.

More so, if we observe the movement of the coin, the Bitcoin Cash has been showing an uneven movement with several rises and falls. We could discover that the coin has not been able to maintain a consistent bullish run in the past few days. Meanwhile, it may start to show signs of a downward movement slowly from the latter part of the day.

On the upside, the bulls could break the initial resistance at the $258 price level, and approach to retest the $278 and $298 resistance levels. The primary support holds ground at $232 while $230 may try to stop overstretched losses in case of a reversal. Therefore the primary supports at $220, $200, and $180 are very important as the stochastic RSI is about leaving the overbought zone.

Against Bitcoin, the price has been rising against Bitcoin a few days ago but as it appeared, though trading above the 9-day and 21-day MA, there’s a low amount of buying pressure in the market. BCH price is waiting for the break above the ascending channel to touch the nearest resistance level of 0.0325 BTC.

Meanwhile, should the bulls fail to push the market above the channel; the price could easily fall to 0.0250 BTC and the resistance to watch are 0.0275 BTC and above. More so, while trading at the support level of 0.0250 BTC, a bearish continuation may touch the 0.0240 BTC.

However, a breach could slump the market to 0.0230 BTC, creating a new low below the channel. Whereas, the stochastic RSI signal lines are still on the positive side, suggesting bullish signals. 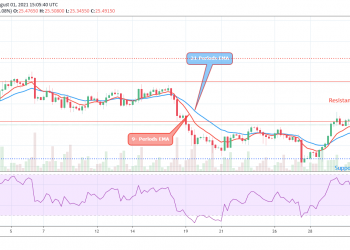 Silver (XAGUSD) Is Struggling to Break Up $25 Resistance Level 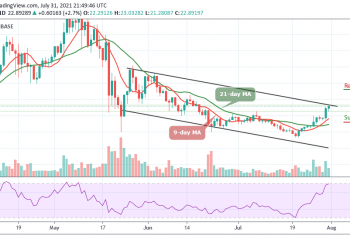 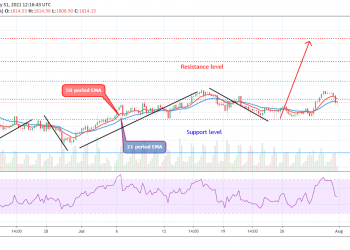