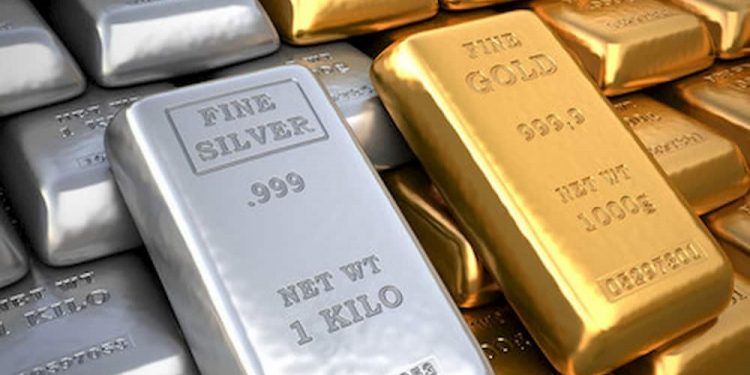 The precious metals markets are currently experiencing increased activity due to the COVID-19 pandemic that has affected many economies globally. The miners took a thorough beating when the pandemic first hit the United States in March.

News of mine closures and restrictive measures all over the mining supply chain had severely affected mining activities. Also, a disastrous fall in travel affected the precious metal markets. Notably, the falling asset prices that also extended into the metal industry never helped margins for the miners who had an opportunity to work within the constrained space.

Nevertheless, the increasing precious metal prices since March 2020 have helped enhance the mining sector. The mining industry has begun to experience steep upward ticks across most of the popular mining funds. Some of them help in getting ideas of the returns that investors have had in the past several months as the pandemic continues to threaten and cripple economies.

Since March, the Gold Bugs Index (HUI) has recovered considerably showing a double gain from the bottoms set in March. Additionally, the index formed a bullish cup pattern in June indicating that the sector is building momentum for another significant upside extension.

Shifting attention to the VanEck Gold Miners (GDX) index, it is quite clear that there is a similar 2x+ move up with a bullish cup pattern. That pattern has formed over June. Interestingly, it seems like the gold investor market is anticipating another run-up amid increasing concerns and worries over another wave of the pandemic in the United States and other major economies.

Furthermore, the iShares MSCI Global Gold Miners ETF (RING) has formed the same pattern as the other two indexes. It might be that these funds are all seeing the exact similar investment pattern emerging.

That same pattern has also formed in the Sprott Gold Miners ETF (SGDM). A 2X recovery since mid-March with a bullish cup pattern formed over June. Also, the miner index appears poised for a breakout to the upside in the case that fundamental economic news in the United States continues to worsen.

The pattern that has formed in the gold juniors is also almost the same although the launch higher Since March 2020 was more vivid than in the other funds. The juniors experienced a 2.5X gain from 20 to almost 50 and it formed a bullish cup pattern that had a gentler and more rapid slope.

Based on the VanEck Vectors Junior Gold Miner Index (GDXJ), there is a more upside momentum that has less hesitation by junior gold mining investors who piled into the different junior gold stocks.

Silver is the more volatile of the precious metals from a price perspective. Even though gold seems to move in comparatively gentle movements, the silver chart mostly exhibits more violent price swing tendencies. That is mostly in part to silver’s industrial uses where the price movements normally represent the futures market expectations of the oncoming supply and demand.

Nevertheless, most of the investors still see silver as a hugely monetary metal. When gold moves constantly to the upside as it has done since Q4 2018, silver appears to follow in the same direction. Since the gold-silver ratio is hovering near all-time highs, most of the precious metals investors are convinced that silver has a lot of room to surge to bring the ratio back to the normal levels.

A close look at the Global X Silver Miners ETF (SIL) shows that it encountered an almost 2.3X move to the upside. That fund had a considerably shallow cup formation in June. However, investors are anticipating bigger moves in silver to address the abnormal high in the gold-silver ratio.

The silver junior mining chart is almost the same. However, more volatility exists in the silver juniors than in the majors. The PureFunds ISE Junior Silver Index (SILJ) shows a similar 2.4X move upwards with a shallow cup formation last month.

Nevertheless, the index just recovered to previous highs recorded in December 2019. The price action is also more volatile compared to the previous majors with a steeper downside correction in March 2020; and recovery from April up to June.

The moving average indicators also indicate that there is a weaker recovery of the 50-day over the 200-day. Hence, it means that there are a bit more doubts about the staying power of the silver junior miners than there is in the majors.

Prices of gold and silver are expected to head higher given the increased deflation in the world economy due to COVID concerns. Furthermore, the many shutdowns in many economies may support the upside momentum of the precious metal markets. Both silver and gold are taking up their role and reputation as stores of value; and haven assets as the global economy plunges.

Charts are following the confidence of the markets on the coronavirus economy. The plunge in mining equities may be due to liquidations and fear of the virus’s aftermath. Most of the gains recorded in the indexes resulted from increased investments into physical metals and their integrated funds. Eventually, it pushed the miners higher as more of the supply chain starts to reopen.

Conflicting US economic data may support the bullish precious metals equity charts. June saw 4.8 million jobs created but there were also reports of 25,000 retail closures and a possibility for 85% of independent restaurants to remain permanently closed.

The damage to the economy is weakening the infrastructure for recovery. Despite the job data, it is insignificant compared to the widespread losses. The sovereign and corporate debt hit all-time highs; and it seems that the US is still in the woods trying to salvage a virus-ravaged economy.

Hence, it would be expected that the precious metals equities will continue to run to the upside. That will happen until some strong changes in the economic fundamentals start to happen. For now, the recovery is filled with hurdles and hiccups.

Silver (XAGUSD) May Have Its Support at $22 Price Level