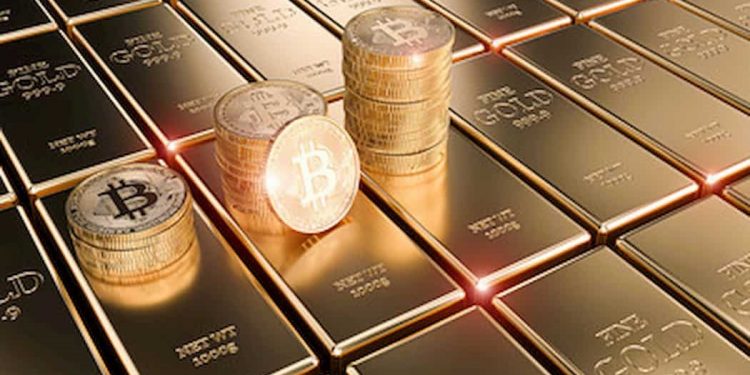 JPMorgan, Morgan Stanley, and Goldman Sachs have all predicted that the price of gold will rally by 2021. Based on a research paper published by Bloomberg, the precious metal’s uptrend can result in a major upsurge of Bitcoin.

“The same forces buoying gold support Bitcoin, yet the supply of the crypto is more constrained. Adoption, by default, is the primary Bitcoin metric, and our indicators remain positive.” 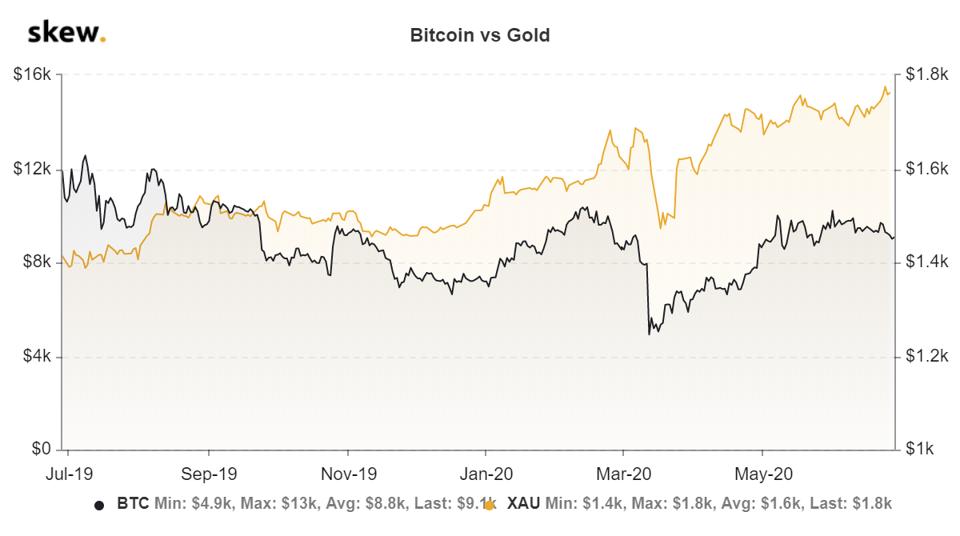 Bitcoin is seen to somehow correlate with gold in the last 12 months. The top financial institutions in the United States attribute the positive sentiment that has come around gold to three critical factors. They are uncertainty around the economy, the potential devaluation of the U.S. dollar, and rising demand for physical gold.

Goldman Sachs analysts mostly see the price of gold probably rising to as high as $2,000 an ounce.

According to a column that was published by Morgan Stanley, Shallet wrote that if the dollar’s value plunges, including gold to investment portfolios would be highly favorable. She said:

“The dollar may be near a peak. If the dollar weakens, this may be a good time for certain investors to consider adding some gold to their portfolios.”

However, whether the US dollar will decline in the short-term is not yet clear. The USD still dominates international funding markets, according to the Bank of International Settlements.

The early stage of economic recovery in most cases has historically raised the demand for gold. Notably, the global economy is starting its road to recovery from the effects of the health crisis. Almost all supply chains have been disrupted which has resulted in most large-scale corporations across all major sectors struggling to sustain their operations.

The Goldman Sachs analysts said that historically the demand for gold surged amid a lack of clarity around the early period of an economic recovery. These Goldman analysts said:

“Gold investment demand tends to grow into the early stage of the economic recovery, driven by continued debasement concerns and lower real rates.”

Additionally, Shalett stated that if the expectations of a recession in the United States increase, possibly investors can consider gold as a ‘buffer.’ Shalett noted:

“Some investors may feel they should reduce their allocation to equities if the odds of a U.S. recession rise, but buying some gold as a buffer is another approach to consider.”

Most variables could cause a downturn in both the stock market and the economy. Declining business productivity, high unemployment rate, and fear of a second wave of COVID-19 could make the economy to plunge.

The perception of gold as a haven asset makes the precious metal a preferable option of hedge alongside other traditional assets like bonds and cash. Other than as a hedge, strategists also forecast that the demand for physical gold will increase. Gold is currently used in various products including semiconductor packages and jewelry.

Recently, the disturbance in supply chains particularly in areas that do not produce gold may result in a shortage of the precious metal. Nicholas Thompson, Morgan Stanley’s Fixed Income Division executive director, wrote:

“Increases in demand for physical bars and coins during times of increased uncertainty, combined with supply disruptions; can often push the cost to acquire these products higher, as seen during the COVID-19 crisis.”

Institutional Adoption Of Bitcoin Is Surging As Correlation With Gold Increases

Since the start of the year, more institutional investors have been buying huge amounts of Bitcoin via the Grayscale Bitcoin Trust. The Trust is one of the few investment channels in the United States that enable accredited investors to gain more exposure to Bitcoin in a publicly-traded stock.

Grayscale added 53,588 BTC to their trust since the May 11 halving event, according to Bitcoin researcher Kevin Rooke. While these figures can be inflated by the in-kind numbers; all the assets under management of the Grayscale Bitcoin Trust are currently at an all-time high.

The increasing demand for Bitcoin from the institutions also coincides with the rising correlation between gold and Bitcoin. Researchers from Bloomberg noted:

“Increasing companionship with gold is a Bitcoin-price tailwind, in our view. At the highest-for-longest 52-week correlation and beta ever vs. the metal; the first-born crypto should continue to advance for reasons similar to gold; fueled by unprecedented global central-bank easing.”

A significant confluence of rising institutional adoption; and demand for gold may push Bitcoin to see a major uptrend in 2021, according to analysts.