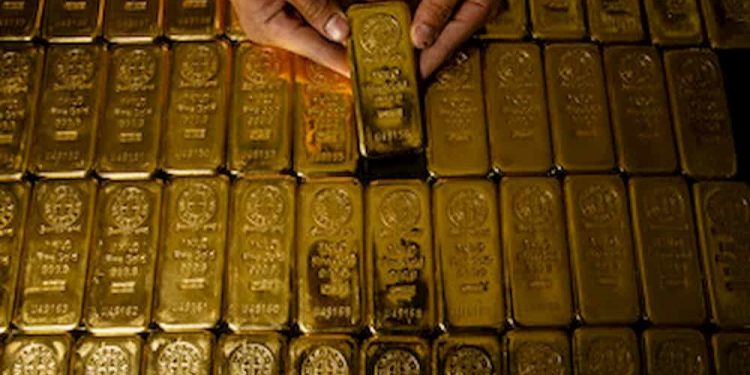 On June 19, Goldman Sachs revises its 12-month forecast for gold. In that context, they raised their forecast by 11% to put gold at $2,000 in the next 12 months. Goldman did that on the back of low real interest and worries over the ongoing currency debasement. That happened even as various economies and developed markets emerged from COVID-19 lockdowns.

The lifting of the lockdowns lifter risk-on sentiment according to a June 19 note from Goldman Sachs. The investment bank raised the price from $1,800 to $2,000 based on the mentioned factors. Also, it lifted its three-month view to reach $1,800 from 1,600 and its six-month forecast was placed at $1,900 from $1,650. Analysts from Goldman Sachs wrote:

“Gold investment demand tends to grow into the early stage of the economic recovery, driven by continued debasement concerns and lower real rates. Simultaneously, we see a material comeback from [emerging market] consumer demand boosted by easing of lockdowns and a weaker dollar.”

These analysts also estimated that ‘fear’ driven investment demand was responsible for the 18% gain of the precious metal in 2020. However, a negative shock to ‘wealth’ resulted in an 8% drag. They put the net effect at about 10% which also coincides with gold’s year to date rise of around 13%.

The analysts from Goldman expect that the strength in the development of market investment demand to:

“persist even as economies recover, supported by fears of debasement and the higher level of the economic uncertainty of the crisis.”

Nevertheless, for the gold prices to go anywhere above the $2,000 level, inflation must move above the Federal Reserve’s 2% target. That move would require to be met with a silent policy response according to the analysts.

They also decided to raise their 12-month silver forecast by almost 47% to reach $22 an ounce. That prediction was raised from the earlier price set at $15. They added that “coordinated global stimulus” will assist in the generation of global industrial production growth and economic activity.

“As the economy recover and ‘fear’ based demand for gold moderates, we expect silver industrial demand to increase, giving up prices.”