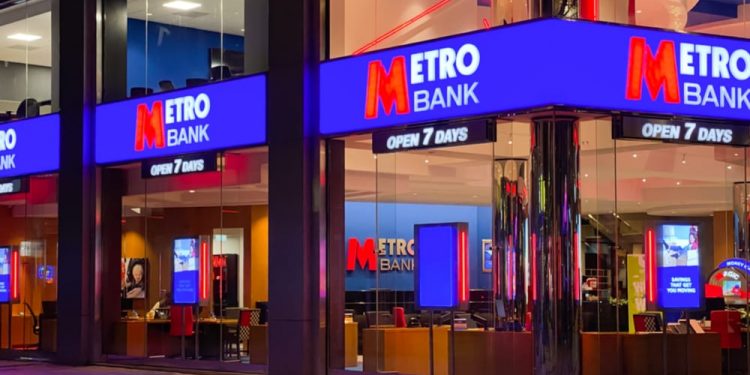 Metro Bank PLC, has responded today in regards to the speculation that it was potentially seeking to acquire Retail Money Market Ltd, and its subsidiaries as well (RateSetter).

Aiming To Expand Where Opportunities Allow

Metro Bank explained that it assessed various market opportunities on the record, and has aptly confirmed that it has entered an exclusivity period with RateSetter. However, the company was quick to state that discussions regarding the potential acquisition of the company are still in its early stages.

RateSetter stands as a peer-to-peer lender focused within the UK. Its distribution platform stands as something that Metro Bank could leverage to accelerate its own strategy, as the company is planning to expand within the unsecured consumer lending books.

Metro Bank has recently sent out a trading update. With that, the banking firm recorded a total deposits amount of £14,554 million for its Q1 numbers. This is £77 million more than what the banking firm had recorded back Q4 2019. This, in turn, reflects that the bank had grown within the retail savings accounts space, even if they reduced the fixed term deposit rates to a more standard level within the market. April had shown a stable amount of total deposits, as well.

However, Metro Bank hasn’t experienced growth in all sectors. For Q1 2020, the banking firm recorded a net loan amount of £14,512 million. This stands £169 million under the amount they managed to record on their position on the 31st of December, 2019. These previous numbers came as a result of proactive management when it came to the lending growth overall. As it stands now, the bank had recorded a reduction in the loan-to-deposit ratio by 100% at the end of the quarter.

The ratios for both MREL and Capital at the end of Q1 2020, have remained above the minimum threshold made by regulations. This came as a result of close control in regards to the growth of the Risk-Weighted Assets (RWAs) of the firm. In regards to liquidity coverage ratios, the bank has shown very good results, as well. On the closing of December of 2019, the banking firm managed to record a ratio of 197% for Q4 2019

It seems that Metro Bank is making plans for expansion, and is taking the tried-and-tested route of acquiring a company within the space to streamline the process. With any luck, the consumers will benefit from this, ultimately.