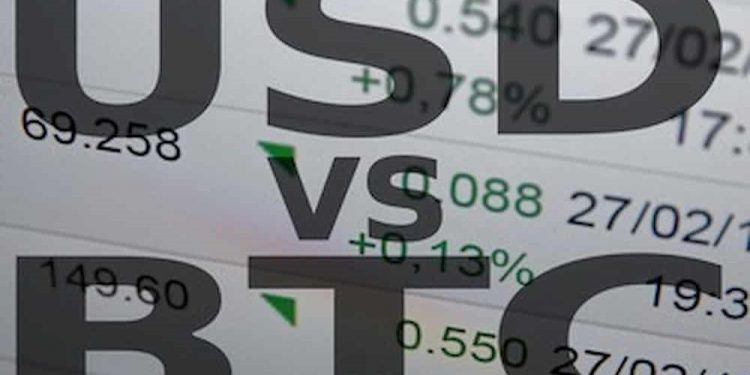 The rapid spread of the coronavirus pandemic led to many governments and central banks responding extensively and rapidly. These wild responses, especially by the Federal Reserve, have inflated the US dollar money supply significantly when Bitcoin has cut its supply by half in the recent halving event.

The battle of Bitcoin and fiat money is experiencing not a flipping but a ‘flattening’ as the health crisis impact economic policies. A chart of the United States’ M2 money supply compared to the biggest crypto shows that while one of them is levelling out its supply, the other is continually going “parabolic.”

The CEO of digital asset investment firm Parallax Digital, Robert Breedlove, uploaded the chart to Twitter highlighting the majorly different paths followed by Bitcoin and fiat since Covid-19 hit severely in March. When you look at Bitcoin’s fixed supply schedule, you will notice that the number of new coins issued halves after every 2016 blocks.

This time around, the halving event coincided with mass money printing in the United States and elsewhere. The latest supply decrease for Bitcoin happened on May 11, 2020. At that time, many central banks continued to announce stimulus packages that eventually inflate the supply of fiat money. 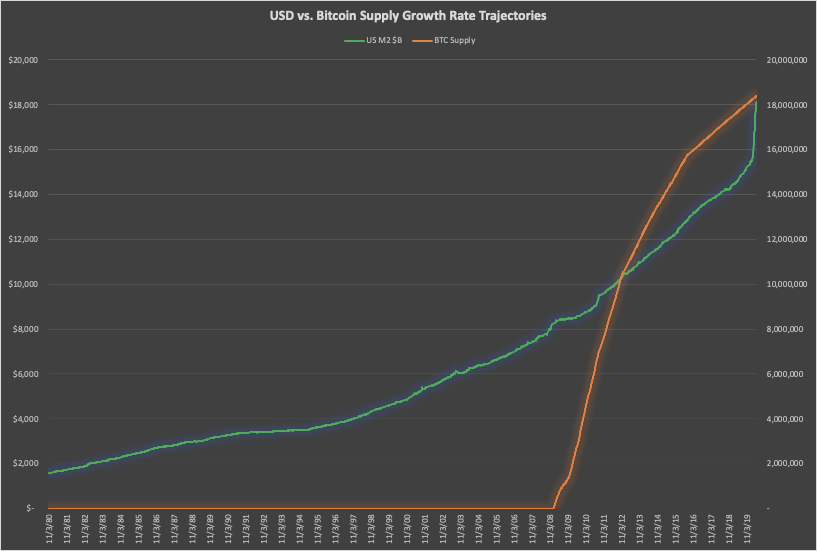 The result of these activities is Bitcoin showing the type of ‘flattening curve’ that many governments wished to see in coronavirus new infection cases. Achieving that surprisingly demanded strict measures that resulted in the money printing initially. Breedlove said:

M2 is the M1 money supply together with what the Federal Reserve summarizes as a:

No Form of Crisis for Hard Money

According to previous reports, Bitcoin’s recovery since its price crashed three months ago shows that its self-governing protocol is highly resilient. Q2 returns have reached above 50%, which makes Bitcoin the best-performing macro asset.

Also, the analysis revealed many similarities between the current market conditions and BTC’s past behaviour at the end of bear markets. One analyst even predicts that Bitcoin will surge to $75,000 in a matter of weeks since they expect the recovery to resemble that of 2013.

But, some of the bearish individuals allege that short-term indicators need caution since $10,000 remains an unlikely support level.