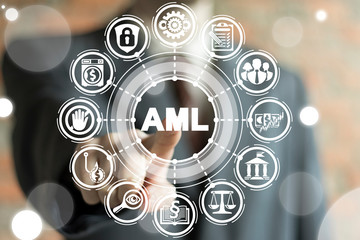 The crypto landscape is continually changing. As more investors join the sector, scammers are finding more opportunities to fleece and exploit vulnerable and unsuspecting individuals. In that context, the global regulatory landscape is tightening drastically for the crypto ATM operators.

On June 3, experts predicted that Bitcoin ATMs (BATMs) would be slapped with severe regulations globally to tighten anti-money laundering (AML) requirements. Canada and Germany are leading the way in tightening up these measures.

A June 2 CipherTrace report estimates that 74% of the crypto transactions made from US-based Bitcoin ATMs were sent out of the country in 2019. Based on the same report, 88% of the funds sent from the US crypto ATMs went to virtual currency exchanges that operate overseas. That figure has seen exponential growth in recent years, in some cases doubling annually since 2017.

CipherTrace CTO John Jeffries predicted in an interview with Law360 that BATMs would become a significant point of regulatory focus insisting on the need for an extra uniform regulatory enforcement and compliance with regards to crypto ATMs moving forward.

The report by CipherTrace was published two days after new regulations treating all Canadian firms that deal with cryptocurrencies; as Money Service Businesses (MSBs) took effect.

An executive from Bitcoin Foundation Canada and BullBitcoin crypto exchange, Francis Pouliot, tweeted  that the new legislation will majorly affect those firms that change crypto for cash, saying that Bitcoin ATM operators as the most severely affected. The Bitcoin ATM operators are now needed to report all transactions worth at least CAD 10,000.

The revised Proceeds of Crime (Money Laundering) and Terrorist Financing Act got passed in June 2019 amid the calls from the mayor of Vancouver to implement a city-wide ban on Bitcoin ATMs over money laundering issues.

Currently, 778 crypto ATMs are operating in Canada, according to CoinATMradar. That number is almost 10% of the 7,958 terminals worldwide.

Spanish police also pointed to crypto ATMs in July 2019; terming them as blind-spots in the European anti-money laundering (AML) regulations. The decision was made after authorities identified one local gang that had laundered almost $10 million; for Columbian drug traffickers using BATMs.

November 2019 saw the US Internal Revenue Service (IRS) started an investigation into illicit uses of cryptos; highlighting probable tax issues resulting from the use of Bitcoin kiosks and ATMs.