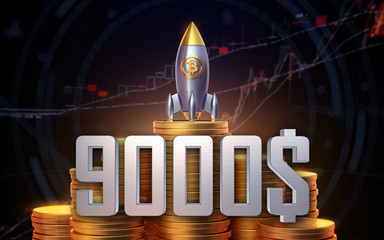 The price of Bitcoin has retaken the $9,000 level before a Goldman Sachs client call about gold and BTC. This surge represents a decent recovery in the past 24 hours of over 4%. Market data analysis reveals that a further uptrend to the $9,300 – $9,400 range may happen in the short-term.

Three primary reasons indicate that a minor rally could be on the horizon. The whales are using the Goldman Sachs narrative, liquidation of 25x to 50x shorts are at $9,300, and significantly low funding rates in the futures markets indicate that a rally may be brewing.

The liquidation range of 25x to 50x shorts filed in the high -$8,000s is now pegged on $9,300, according to ‘Crypto ISO,’ a renowned crypto trader. This $9,300 resistance level also has a lot of liquidity. That gives the whales incentive to bring up the price of BTC above it. The trader commented:

“$9,298 is 25x liq, $9,336 is 50x Liq. Around the throwback channel line and fib zone. Price ran most of the liqs down today. Maybe it shoots for topside liquidity before further distribution. Goldman has a client call, and one of the topics is BTC.”

In April 2020, when the rally of Bitcoin started from $7,000 to $10,000 was mainly led by the spot market. Notably, the futures market had less effect on the Bitcoin price. Looking at the recent weeks, the open interest of OKEx, BitMEX, and Binance Futures recovered. It indicates that more traders are active in the futures market.

As such, the futures data, including liquidation ranges and funding rates, can have a significant impact on the price trend of the bitcoin markets than ever before.

The latest reports state that Goldman Sachs has a client call on May 27 that will focus mainly on gold, bitcoin, and inflation as their key topics. It has the potential to increase the exposure of the high net-worth individuals to bitcoin in the medium and long-term.

Additionally, it enhances the perception of Bitcoin as a dependable store of value among multiple institutional investors. However, the Goldman Sachs client call is not likely to attract any short-term institutional buying spree. Instead of that, the BTC price is surging based on other news. It is rising based on information that it is highly likely that the whales are using the narrative to trigger a small rally to a liquidity area that has formed around $9,300. 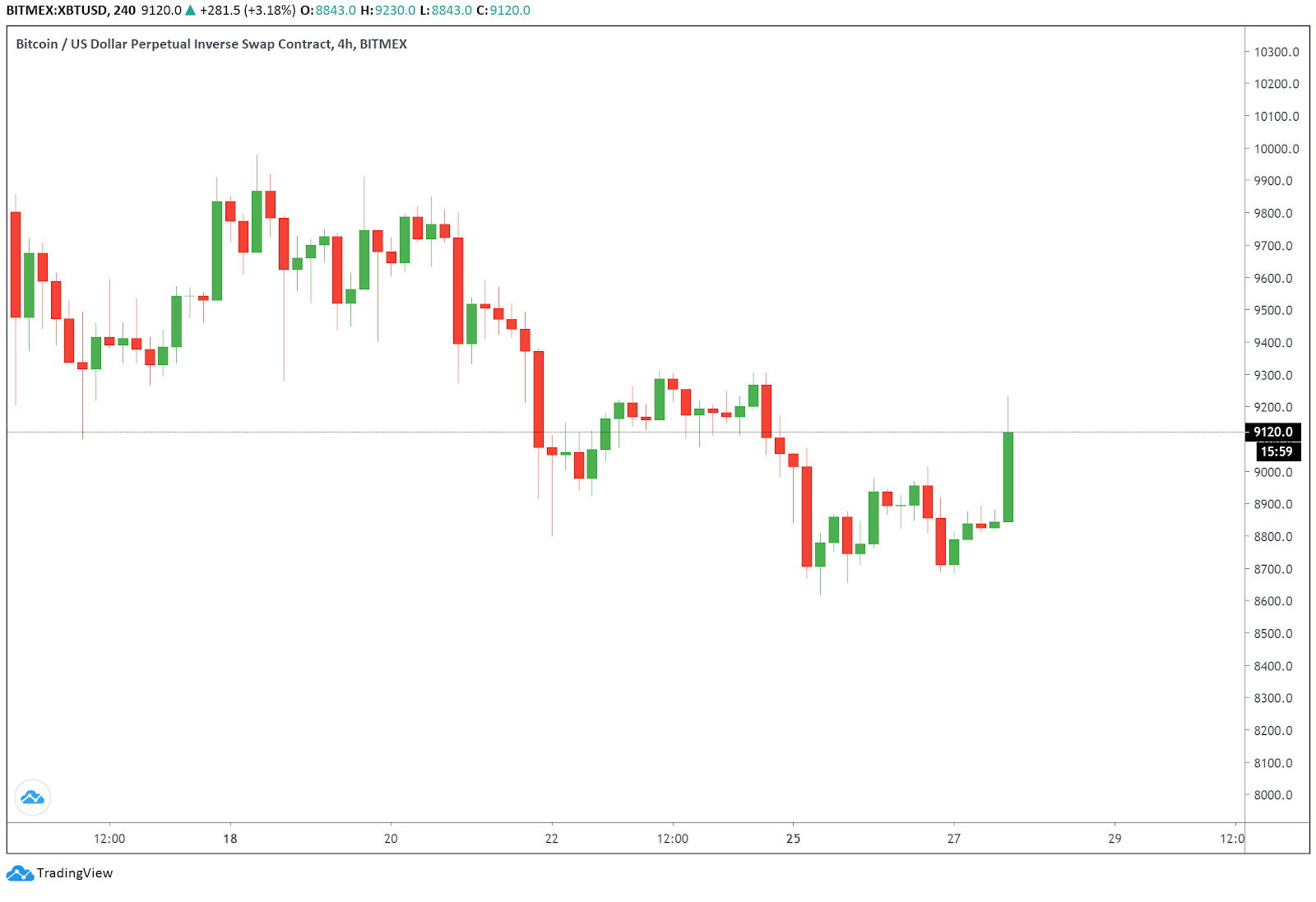 A similar trend was seen around October 2019. At that time, President Xi Jinping of China encouraged the acceleration of blockchain development. That news itself was not related to cryptocurrencies, but the BTC price gained from $7,000 to $10,000 within 48 hours.

The funding rate of the perpetual swap futures contracts trading on BitMEX, Bybit and Binance Futures was negative on May 26. It has since increased to just below 0.01%, but it is still historically low for the flagship cryptocurrency.

It means that a significantly large number of active traders are shorting bitcoin and may be trapped in underwater short positions. That factor increases the probability of a short squeeze to the $9,300 to $9,400 resistance area.

The minor fear of missing out (FOMO) surrounding the Goldman Sachs call, the low funding rate, and the liquidation zone of shorts that has formed at $9,300 may result in a small upsurge of Bitcoin. But for now, traders are watching the markets waiting for volatility to subside and a definite trend to form.