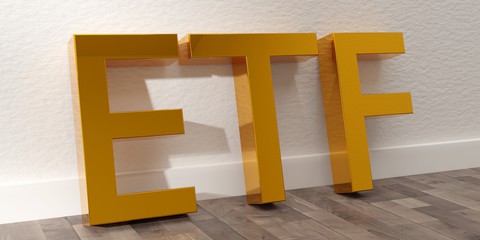 Gold ETFs got a staggering $9.2bn in new cash last month and it added to the inflows of $7.7bn registered in March. Gold’s price dropped steeply in March during the global correction throughout the stock markets. The precious metal is seen as a haven during times of turmoil.

However, gold recovered rapidly in April to trade above the $1,700 psychological level per ounce. The global head of ETFs at State Street Global Advisors, Rory Tobin, said:

“Investors remain defensively focused and added to their gold holdings because they are concerned about coronavirus. But the declines in infection rates and moves by some governments to ease lockdown measures encouraged many other investors, particularly in the US, to use ETFs to add to their risk positions as equities rebounded.”

Investors globally allocated around $57.8 billion in new cash to exchange-traded funds and variable products in April. That market shift pushed the net inflows in the first four months of 2020 to about $177 billion. That translates to an increase of 22% in the same period in 2019, according to ETFGI, a London-based consultancy.

What Increased The Inflows?

The United States Federal Reserve has pledged that it is ready to purchase an unlimited quantity of government debt. Furthermore, its controversial decision to use corporate bond ETFs for the first time to offer more support for the United States fixed income market caused massive buying among investors.

The net inflows into the fixed income ETFs surpassed $27 billion in April in an exact reversal of the outflows registered in March. The director of passive funds research at Morningstar data provider, Ben Johnson, said:

“The corporate bond market turned on a dime in April as investors saw the Fed’s decision to use corporate bond ETFs as an opportunity to front-run the buying by the central bank.”

Notably, the high-yield ETFs have also been included in the central bank’s program to increase support to the junk bond market for the first time. The two biggest high yields ETFs, BlackRock’s HYG and State Street’s JNK, raked in $3.8bn and $1.5bn respectively. Mr. Tobin added:

“Investor sentiment towards high-yield bonds turned positive very quickly as soon as the Fed announced it would use ETFs.”